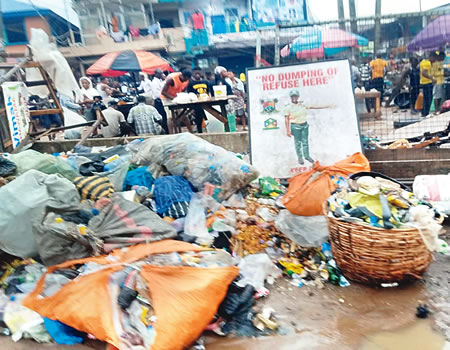 Kwara State government has prosecuted 130 sanitary offenders at the mobile courts during the monthly sanitation exercise held in Ilorin on Saturday.

The degree of offences committed ranged from illegal dumping of refuse, roaming about during the period of the exercise, among other sundry crimes surrounding the exercise.

Speaking with journalists, the state commissioner for environment and forestry, Mohammed Aliyu Sarfudeen, said the exercise was a laudable one considering cooperation of the local governments within Ilorin metropolis.

He said that the councils supported the exercise with 32 trucks to man the sanitation exercise.

The commissioner stressed that the ministry will partner with the security agencies, most especially, to further strengthen the collaboration of the public towards the exercise, saying that healthy life is paramount to every household in the state.

Sarfudeen appreciated the Kwara State House of Assembly for giving priority to the ministry during the budget defence.

The Chairman of the House Committee on Environment, Hon. Razaq Owolabi, emphasized that the House will continue to partner with the ministry to enhance the hygienic environment for Kwarans.

According to him, the budget will be passed in a few weeks and the funds allotted for sanitation will improve the activities in the state.