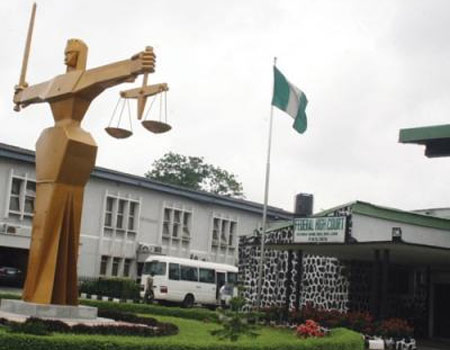 In a statement by the chief registrar of the state High Court, Mrs Ibijoke Olawoyin, on Friday, the vacation is in compliance with the provisions of Order 9 Rule 4 (2) of the Kwara State High Court (civil procedure) Rules 2005.

The statement also said that supporting staff members of the High Court Judges shall take their annual leave during the same period.

“All Honourable judges are expected to resume work on Tuesday, September 22, 2020.

“Their Lordships Justice IA Yusuf, Justice HA Saleeman and Justice AS Oyinloye shall serve as vacation Judges to hear and determine urgent civil and criminal cases during the period of the vacation”, the statement said.

We’re Confused By FG’s U-Turn On WAEC – ANCOPPS
PRINCIPALS of secondary schools nationwide under the aegis of All Nigeria Confederation of Principals of Secondary Schools (ANCOPSS) have also expressed surprise over Minister of Education, Mr Adamu Adamu’s announcement on Wednesday withdrawing all the SS3 students in all the 104 Federal Government colleges… Read Full Story
Abdulsalami says house not searched by EFCC
AS the investigation into the corruption allegations levelled against the embattled acting chairman of the Economic and Financial Crimes Commission (EFCC), Ibrahim Magu, entered its fourth day on Thursday, the secretary of the anti-graft agency, Olanipekun Olukoyede and some of its directors have appeared before the panel … Read Full Story
Buhari To Sign Revised N10.8trn 2020 Budget On Friday
President Buhari will on Friday sign into law the revised 2020 budget of N10.8 trillion passed by the National Assembly last month… Read Full Story
10 Aspirants To Boycott APC Primary In Ondo ? Olatuja, Factional Chairman
Ten of the aspirants who picked the All Progressives Congress (APC) Expression of Interest and nomination form ahead of its July 10 primary in Ondo State may boycott the election… Read Full Story