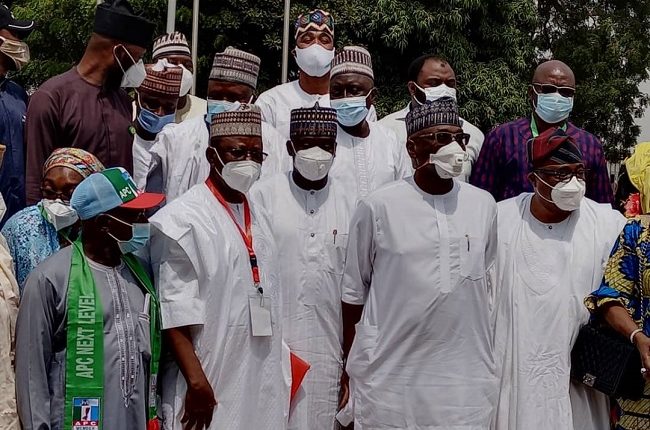 Governor Abdulrahman Abdulrazaq of Kwara state on Wednesday flagged off membership registration and revalidation exercise of the All Progressives Congress (APC) in the state as crisis continued to rock the party.

The governor, who revalidated his membership of the APC at his Idi Igba ward in the Ilorin West local government area of the state, in presence of the seven-man committee assigned by the national leadership of the party to conduct the exercise, said there is need to expand the base of the party in the state with the exercise.

Governor Abdulrazaq said that the exercise is important as the party is growing due to quality performance of APC state governments across the country, adding that there is need to register nonAPC members who voted for the party who are now convinced to join the fold.

The governor also commended President Muhammadu Buhari for endorsing the initiative aimed to see that the base of the party is expanded.

He urged party members to bury whatever differences and views they have as the exercise commenced, telling them to participate actively in the exercise.

“There is no political party without opposing views or differences. It’s part of democracy. The important thing is to bury those views in the interest of our party and participate vigorously to extend the membership base of the party. It will be useful for us in the party’s national convention and we should, therefore, make it a success.

“The membership committee is an independent one. It has the latitude to include anyone in the executive And we wish members best stay in Kwara”, he said.

Also speaking during a courtesy call to Governor Abdulrazaq, leader of the seven-man registration and revalidation committee, Senator John Danboi, said that the exercise is being carried out nationwide, adding that there is need to register the growing number of new members of the party and revalidate old members.

Senator Danboi, who said that the committee has set up a stakeholder committee to facilitate smooth operations, added that invitation had been sent across every sphere of the party in the state, saying that the exercise is open to all.