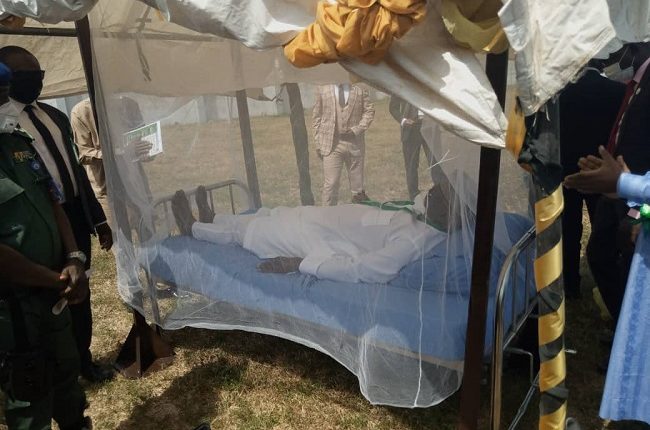 Governor Abdulrahman Abdulrazaq of Kwara State has flagged off the distribution of 2.3 million insecticide-treated nets worth over N3.3 billion across the 16 local government areas of the state.

At the event held at the open field of the Government House Ilorin, the governor said the distribution of the nets was a result of the government’s investment of N282 million counterpart fund to key into various basic healthcare programmes.

Governor Abdulrazaq, who said that at least 5,000 persons had been engaged for the house-to-house distribution of the nets across the state, added that the engagement of the personnel would contribute to economic development in the state.

The governor also commended all partners, volunteers, and net advocates, especially the former Minister of State for Health, Dr Hajia Amina Ndalolo, for their efforts in the campaign.

Also speaking, the Minister of Health, Dr Osagie Ehanire, who was represented by Dr Abubakar Adamu Ismail, said that the flag-off signified activities that will lead to the distribution of 2.3million ITNs to communities across the local government areas in the state.

The minister, who said that Kwara State is one of the three states in the country selected to benefit from this year’s mass ITNs distribution with support of Global fund, called on traditional and religious leaders in the state to support the novel effort and disseminate the ITNs message to build a sustainable net culture that promotes sleeping inside the net every night.

Speaker Kwara State House of Assembly, Engineer Yakubu Danladi Salihu, said the payment of counterpart funding and other investments had changed the state’s narrative in the health sector.

Former Minister of State for Health and Kwara Net Ambassador, Hajia Dr Amina Ndalolo, who pledged support to the campaign encouraged all-female political appointees in the state to champion the campaign in the use of ITNs to enable the state achieve the result of its investment in the health sector.

Earlier, the commissioner for Health Dr Raji Razaq, said engagement of over 5,000 citizens in the house to house distribution model across the state would cause a turn around in the economic fortune of the state.