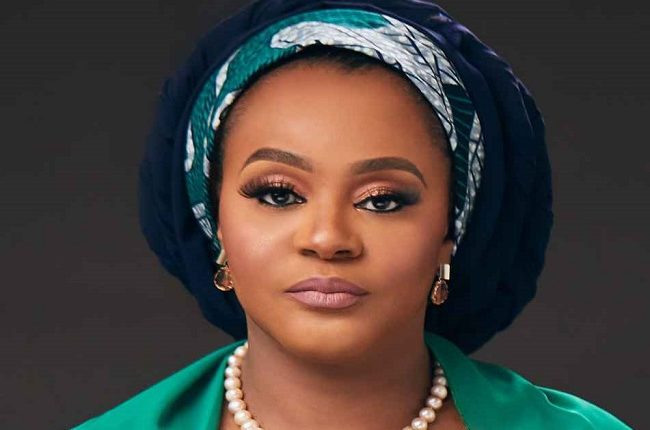 In a letter by the outgoing commissioner on Friday, she said, “now is the time for me to leave and focus on new ideals.”

It is recalled that a special adviser to the governor on Health Matters, Professor Wale Sulaiman, also resigned his appointment, “to pursue his long-time passion of maximizing his contacts in the global health and non-health sectors,” a few weeks ago.

Hajia Pategi, who started as commissioner for Local Government and Chieftaincy Affairs in the beginning of the present administration, was later redeployed as Special Duties commissioner during alleged N300 million LG diversion saga in the state.

“I, Aisha Ahman Pategi, the outgoing Hon. Commissioner for Special Duties, effective from today, Friday 28th August 2020, humbly wish to formally announce my resignation from the cabinet of His Excellency, Governor Abdulrahman Abdulrazaq.

Life is in phases and I’m bold to say that having journeyed the political terrain with His Excellency, Governor Abdulrahman Abdulrazaq, now is the time for me to leave and focus on new ideals.

Going forward, my interest in Community Service and Grassroots’ Development will continue.

Once again, I would like to thank Almighty Allah, the People of Patigi, Kwarans, our dear party APC and most of all, His Excellency for bringing me into politics. May Allah reward him and continue to be his guide as he pilots the affairs of our dear state.

CBN Pegs Exchange Rate At 386/$
Central Bank of Nigeria (CBN) has pegged naira exchange rate at 386 units to the United States dollar as it plans to resume weekly forex sales to Bureau de Change operators from August 31. In a circular signed by O.S. Nnaji, director of trade and exchange department, the apex bank said its decision to resume FX sales to BDCs is to enhance accessibility to forex “particularly to travellers” since the resumption date for international…Kwara Commissioner resigns Kwara Commissioner resigns

Blasphemy: I Will Not Hesitate To Sign Death Warrant If Yahya Sharif Fails To Appeal, Says Ganduje
Kano State governor, Abdullahi Umar Ganduje, has said he would not hesitate to sign the death warrant passed on Kano-based singer, Yahya Aminu Sharif if he fails to appeal the judgment. This was just as governor Ganduje said the state government has accepted the judgement passed on Sharif and is ready to abide by it. However, the Nigerian constitution gives the right of appeal to Shariff…Kwara Commissioner resigns Kwara Commissioner resigns