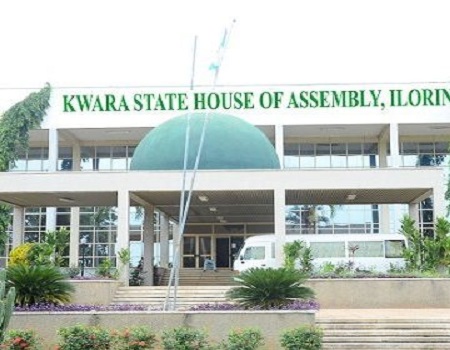 Speaker, Kwara State House of Assembly, Dr Ali Ahmad, has said that the eighth State Assembly has passed 42 bills and 120 motions in almost four years of its inauguration.

Speaking with journalists in Ilorin on Monday, the Speaker said that the House also passed 299 resolutions on various issues of public concerns during the period under review.

Ahmad, a former chairman, House of Representatives’ Committee on Justice, also said that the House passed six bills in the first legislative session, nine in the second, 18 in the third and nine in the outgoing fourth session.

For the motions, 44 sailed through in the first session, 32 in the second session, 33 for the third session and 11 in the current session.

The breakdown further showed that 96 resolutions were passed in the first legislative session, 76 in the second, 107 in the third and 20 in the outgoing session.

The Speaker said members of the current legislature were able to sponsor a number of private bills, which he described as unprecedented in the history of the House.

Ahmad, who is reputed for sponsoring the 480- page Administration of  Criminal Justice Act( ACJA) in the House of Representatives, expressed satisfaction with the performance of the outgoing State House of Assembly.

He said one of the legacies his leadership would be remembered for was the repeal of the pension law for former Governors and Deputy Governors.

Ahmad said people were in doubt about the sincerity of the House to amend the law but later turned out to be true.

The Speaker stated further that the outgoing legislature enjoyed full autonomy and resisted being a rubber stamp in the hands of the executive despite being of the same ruling party.

“Yes, we are satisfied. We did so many things since the creation of Kwara State. We were able to introduce a legislative bill, not from the executive. This is the first time we would be having private member bills. Before now, you will wait for the executive to bring bills. If they don’t bring it, that is the end of the day. But that has changed. I’m sure the ninth Assembly will do the same thing.

“So, those initiatives are there. We have passed about five or six landmark bills. We made the bill on health insurance. Today, the health insurance that caters for people, who are downtrodden. We have about N1billion for them in this year’s budget. Why you have not seen the effect is that I think the banks are not sure whether the incoming administration will.

“Now the Health Insurance management are about to start the registration from all the wards. They will go to each ward and see those vulnerable people, who are not able to pay their hospital bills. So, this is one of the bills, which is the initiative of the House.

“We also have the bill on Urban and Regional Development. Before now, you see Petrol Stations and others like that. We have a law for those dealing in human body parts and another law further extending the places where you cannot consume alcohol In Kwara State.

“Finally, one of the bills that we are proud of, is the one that restricts pension of Governors in the state. That is what people think we cannot touch, but we did it.The implication is that if you are drawing salary in other offices after your tenure, we will have to stop your pension or you choose between the two”, Ahmed said.