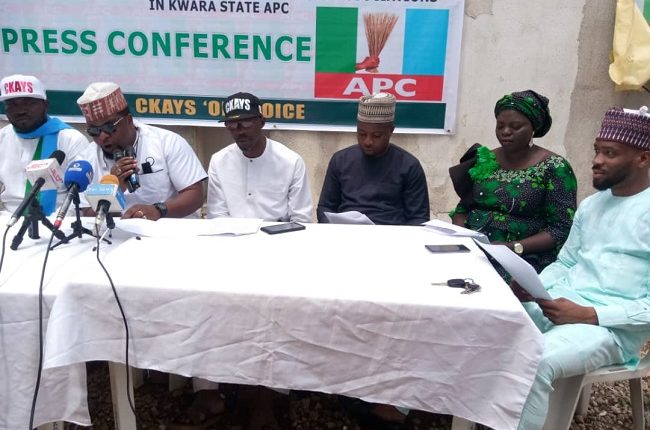 The Umbrella body of youth groups in the Kwara State chapter of the All Progressives Congress (APC) under the aegis of the Coalition of Kwara APC Young stakeholders (CKAYS) has asked the national leadership of the party to shut down every factional party secretariats in the state.

Speaking with journalists in Ilorin on Friday, the acting coordinator of the group, Abdulrasheed Salaudeen, said that the measure would unite and make all party members stay under the leadership of the state governor, “as the leader of the party in the state”.

It is recalled that the national leadership of the APC on Thursday reportedly suspended members of the party believed to be loyalists of the Minister of Information and Culture, Alhaji Lai Mohammed, for allegedly indulging in anti-party activities.

Though Lai Mohammed’s group said that none of the affected persons has received the letter of their suspension but the Chairman of the APC Caretaker Committee in the state, Alhaji Abdullahi Samari, confirmed the suspension.

The group, loyal to Governor Abdulrahman Abdulrazaq, also asked the national leadership to mandate the state factional caretaker committee chairman of the party to return every party property in his possession to the secretariat.

It asked the national leadership to caution members of the party not to incite or create chaos in the state, saying that anyone found guilty should be sanctioned.

The group, which reaffirmed its vote of confidence in the leadership of Governor Abdulrazaq, called on the governor not to be deterred by any distraction in his good works for the people of Kwara State.

“We pray that the national secretariat of our party should immediately direct compulsory shut down of the mock secretariat in Kwara State and direct all party members to the unit and stay under the leadership of the governor as the leader of the party in the state.

“That Alhaji Lai Mohammed should be removed as a minister and replaced with loyal and dedicated party man.

“That Hon. Bashir Omolaja Bolarinwa should be mandated to return every par property in his possession to the secretariat with immediate alacrity.

“Finally Alhaji Lai Mohammed must be cautioned never again to attempt to incite and create chaos in our dear state of harmony or stand to face serious sanctions.

In spite of the huge investment in the water sector by the government and international organisations, water scarcity has grown to become a perennial nightmare for residents of Abeokuta, the Ogun State capital. This report x-rays the lives and experiences of residents in getting clean, potable and affordable water amidst the surge of COVID-19 cases in the state…Kwara APC groups ask  Kwara APC groups ask

The Lagos-Ibadan railway was inaugurated recently for a full paid operation by the Nigerian Railway Corporation after about a year of free test-run. Our reporter joined the train to and fro Lagos from Ibadan and tells his experience in this report…Kwara APC groups ask  Kwara APC groups ask

Makinde administration has returned over 60,000 students to school ― ANCOPPS