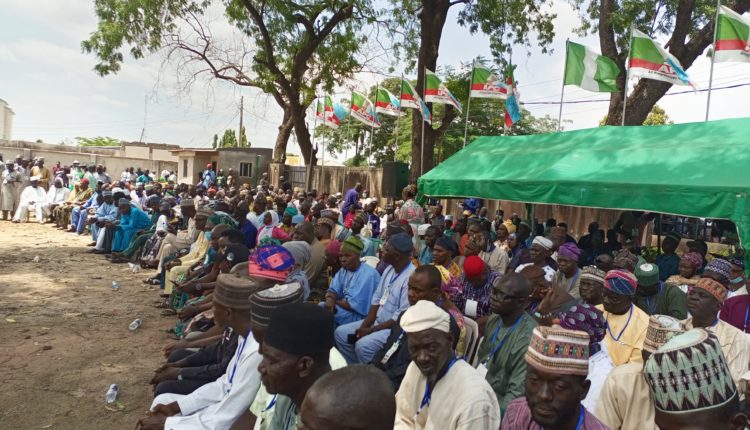 The arrangements which was delegate-based also produced the immediate past state chairman, Abdullahi Samari, as the new deputy state chairman of the party.

Also elected among other party officials was a physically challenged party executive according to dictates of the party.

All the 36 positions in the state exco were done through affirmative voice vote.

Mustapha Isowo and Tajudeen Aro Folarin were returned scribe and spokesperson of the party respectively.

The state delegate conference chair from Abuja, Prof Emmanuel Dandaura announced the result of the election.

In his response, Prince Fagbemi promised to reconcile all the aggrieved members of the party ahead of the 2023 elections.

He however, added that what led to the disgruntlement and sordid pass is indiscipline.

Prince Fagbemi said that “his executive will instill discipline in the party. Our governor has been transparently transparent. Our executives will be transparent in all ramifications.”

The event, which saw a large turnout of party delegates and members at the party secretariat

along the Commissioners Lodge road,GRA, Ilorin, saw the delegates affirming the candidates, amidst singing and dancing.

The state congress also saw presence of law enforcement officers, who screened delegates, journalists and other people before allowing entry to the party secretariat.