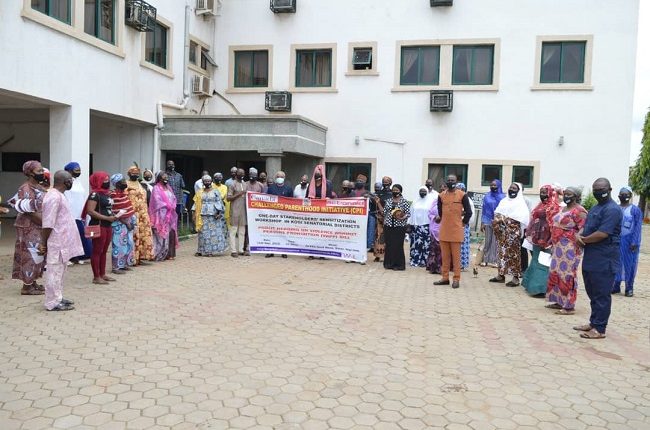 To check rampant rape cases, women in Kogi State have appealed to the state government to stop giving amnesty to rapists, but rather sentence them to death or life imprisonment which will serve as a punishment for anyone found guilty in the state.

Women of Kogi Central senatorial district made the appeal on Tuesday in Okene at a sensitisation workshop organised by the Challenged Parenthood Initiative, (CPI), in collaboration with Actionaid Nigeria for the proposed bill on Violence Against Persons Prohibition, (VAPP), which has passed through second reading in the Kogi State House of Assembly.

They also called on the government to intensify effort to rid the state of other social vices ravaging the 21 Local Government Area.

The women, overwhelmed by the content of the bill and what it intends to achieve in their lives unanimously knelt down and offered prayers against any person who intends to work or stand against the passage of the bill in the state.

In her address, the Executive Director, Challenge Parenthood Initiative, (CPI), Eunice Abimbola Agbogun while noting that the bill is currently awaiting a public hearing in the hallowed chamber said, if passed, it will help address most of the societal and domestic violence in Kogi State.

Agbogun who admonished participants to take the sensitisation down to the grassroots in a bid to allow quick passage of the bill said the campaign on violence against women is a collective responsibility.

“Many victims of rape, for fear of stigmatisation and being blamed for their ordeal bear the pain of the crime committed against them, thereby leaving their assailants roaming free to perpetrate more crimes. It is indeed quite unfortunate that victims are sometimes blamed for being raped.

“The question one may now ask is how effective the laws which pertain to rape have been over the years in securing convictions and serving as deterrents to offenders. It has been observed that prosecuting rape cases can be quite tough due to a myriad of factors ranging from stigma to the provisions of the law itself on the issue.

“Information obtained from the International Centre for Investigative Reporting (ICIR) website indicates that there have been 65 rape convictions between 1973 and 2019 in Nigeria.

This number, no doubt is insignificant considering the number of reported cases of rape in the country. There is a need for quick passage of this law in Kogi State to address the menace of rape and other issues on violence against woman” she added.

The bill according to Mr Aliyu also recommends severe punishment ranging from 10 years to life imprisonment for any offenders while any person who incites, aids or abets the crime of the above will be convicted for the same offence and will be liable for at least ten to twenty years and above or an option of fine from N100,000 to N500,000.

Adding her voice, Mrs Omeiza Leah, the chairperson, National Association of Nigerian Nurses and Midwifery, (NANNW), Kogi central chapter, admonished parents to caution their children against any form of violence that will tarnish their image and that of their family.

She added that the campaign for supporting this bill should start immediately in their various communities as this would help to checkmate the excesses of those perpetuating this grievous crime in Kogi State.

The sensitisation program which is geared towards the quick actualisation of the bill public hearing had in attendance participants across the five Local Government  Areas of the Central Senatorial Districts, religious leaders, community leaders, market women and the judge of the High Court of justice Okene, Justice Josiah Joe Majebi, amongst others.

The team of Challenge Parenthood Initiative, (CPI), is expected to meet with the 25 lawmakers in the  Kogi State House of Assembly later this week.