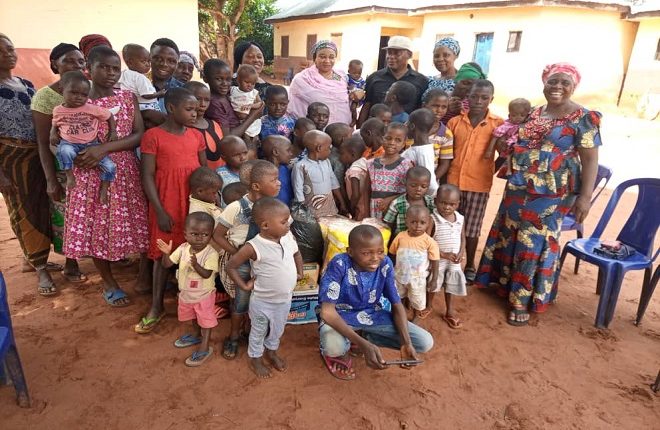 THE Kogi State Commissioner for Women Affairs and Social Development, Hon. Fatima Kabir Buba has pledged the State Government’s commitment to the cause of the vulnerable and welfare of the less privileged persons in the state.

The commissioner disclosed this on Wednesday while donating food items and other palliatives to two orphanage homes in the Eastern Senatorial district of the State.

Hon. Buba who was accompanied by the Director, Mrs Folashade Olaniyan and other Ministry Staffs of the ministry said Orphans and Vulnerable Children are a part of the Society and deserve to attain good life with the rest of the people in the world.

The poor standard of living of the people, according to the commissioner, informed her office to visit the Orphanage homes.

According to her, “when it comes to the Welfare of Children, His Excellency Alhaji Yahaya Bello will not leave any stone unturned to cater to the well-being of Children”.

At Ojogbane Orphanage home in Odu- Igegedi under Dekina Local Government Area, Hon. Fatima Kabir Buba expressed her displeasure at the sorry state of the home.

She assured the founder Pastor Mathew Ademu Onu of the commitment of the State Government towards caring for the less privilege and making the lives of the people of the state as a whole better.

The founder of Ojogbane Orphanage home Pastor Mathew Ademu lauded the Honourable Commissioner for taking the time off her tight schedules to visit them.

In a related development, Mrs Okpanachi Elizabeth of God’s Will Orphanage Home in Anyigba who expressed appreciation to the State Government for their continuous commitment in providing for the less privilege maintained that the foodstuff and other materials donated would go a long way in cushioning the hardship of the children