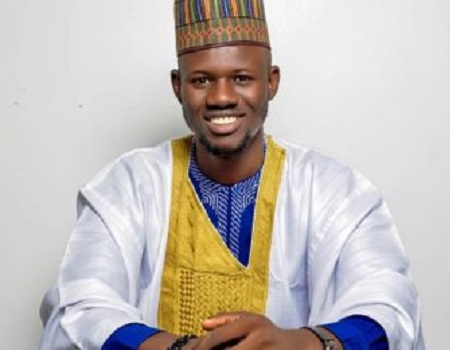 THE National Association of Kogi State Students (NAKOSS) has appealed to the State Government to approve the payments of 2019 bursary allowance for Kogi students in higher institutions across the country before the Nov. 16 governorship election.

Comrade Moses Omeiza Audu, the National President of NAKOSS, made the appeal at a press conference, after a meeting of all heads of Kogi students associations held at NAKOSS Secretariat in Lokoja on Tuesday.

According to Audu, the press conference was organized to further unite Kogi students, discuss issues of bursary payment, and to thank the governor for all he had done for them.

Audu eulogised the governor for all he had done for Kogi students especially the bursary increment by 300 per cent, which many students who registered were approved and paid in 2018.

He stressed that no state governor had ever made such increment as high as 300 per cent in the history of Kogi State and Nigeria at large, saying the students would forever be grateful to the governor.

”As we have negotiated in the past, we are not unaware of bursary’s screening currently ongoing for all registered Kogi students across the country.

”We are pleading with your Excellency that the screening should be completed and the bursary should be paid in earnest before the Nov. 16 governorship election.

”The screening should be completed as soon as possible so that Kogi students can smile to the election and fully endorse your Excellency.

”We know you have done a lot for us in the past and we are confident that you will do it again so that we will not have a divided house going into the elections.

”We also request the courtesy visit of Kogi students to your office as soon as possible sir.

”We are hopeful going forward that Kogi students would continue being your top priority going forward, thank you, your Excellency,” Audu said.

Audu, therefore, called on all the aggrieved students to discard the idea of any protest, noting those behind the planned protests were not real students but were doing that for selfish benefits.

”We want to say emphatically that there is no protest that will happen in Kogi state going forward because we cannot endanger the lives of our dear students and the life of any individual.

”This is election period and hoodlums would be ready to hijack whatever Kogi students would want to do. So, on that note, there is no protest that would happen under our reign,” he said.

He stressed that the association had enjoyed lots of support from the State Government, such as scholarships, renovations of schools, hostels, farming of stranded KSU medical students to other institutions, and proscription of ASUU which had ensured timely graduation for students without strike.

He thanked the governor for providing relief materials for students of Federal University Lokoja (FUL) who were flood victims while appealing for timely completion of the hostels’ renovation work at Kogi State Polytechnic.

He added that the governor had also donated vehicles to the three tribal heads (NAOS, NAES, NAIS) and JCC Chairman, Kogi state, timely payments of subventions and commissioning of a befitting NAKOSS Secretariat for them, among others.

”We want to say thank you to your Excellency for doing all of these for Kogi students. Thank you for all you have done for Kogi state students, we are indeed very grateful,” Audu said.

The national president further calls for more security in all their campuses across the state to ensure the safety of lives and property in schools.

Audu also congratulated the new deputy governor of Kogi State, Mr Edward Onoja for his new position and what he had done for Kogi students while he was the CoS, saying they recognized all his effort.

The students’ stakeholders present at the press conference include Presidents of all Students’ Union Governments (SUGs), Presidents of all local NAKOSS and heads of various students associations in all the higher institutions across the state.