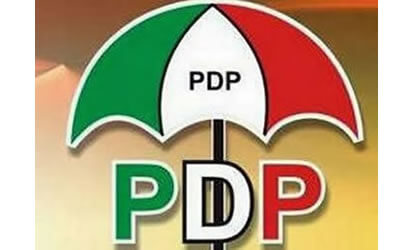 The Peoples Democratic Party(PDP) has raised an alarm saying over 30 fake persons in the uniform of Nigerian Security and Civil Defence Corps (NSCDC) billed for Idah, to carry out a sinister operation against supporters of PDP by November 16 election.

This was contained in a press release made available to newsmen in Lokoja on Thursday which was duly signed by Deputy Director Public Communication of PDP, Comrade Austin Usman Okai.

PDP says that this fake civil defence officers also double as cult members belonging to one of the dreadful secret group, hired by the state government to operate within Idah and Ibaji local government, to prevent the PDP members from coming out to cast their votes on the day of the election.

Mr Okai confirmed this development as the young mercenaries will be ferried in through Idah- Agenebode axis to carry out the heinous act a few days to the election.

He said: “By this information, the state commandant of NSDC is expected to be at alert with its anti-riot men, to counter the operation of this fake civil defence officers.

“Other security agencies deployed to the state particularly the new military operations, Police and the sister agencies to be alive to their responsibility to avoid a backlash of the APC imported thugs,” PDP said.

Okai warned on the consequences of allowing the operation of the dreadful cult members to manifest, as they are meant to carry out a sporadic shooting and shoot at sight on the people of Idah and Ibaji communities.

PDP, therefore, appealed to the civil defence commandant in the state, not to cave in to the antics of the state government through financial inducement, that had reduced the contest between the PDP and security agents.

The party said it is also in possession of information showing that several dangerous boys from Benue and Lagos are lodged in various hotels across the state with the same aim.

“Some will wear a police uniform, soldiers uniform,” PDP said, calling on DSS to safeguard the state from derailing into a bloodbath during the election.

Appeal court verdict: A victory of no victor, no vanquish ― Reps member

Ember months: FRSC solicits stakeholders support on culture of safe use of roads