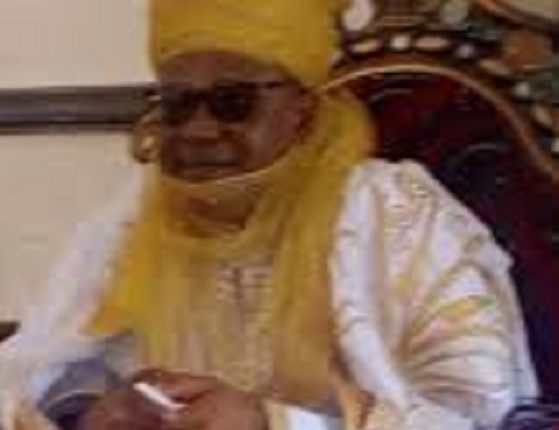 The first-class monarch in Kogi State, the Ohimege of Koton-Karfe, Alhaji Abdulrazak Isa-Koto, has called on the federal government to urgently reconsider the dredging of the Niger river in order to control annual flooding in the area.

He made the appeal when the governing council of the Hydroelectric Power Producing Areas Development Commission, (HYPADEC), on a tour of member-states, paid him a courtesy visit at his palace, on Wednesday.

The traditional ruler who noted that Kogi Local Government Area, was the point where Benue and Niger rivers meet, stressed that communities at the river bank are affected by annual floods.

“During the rainy season, the river Niger usually overflows its bank, thereby destroying our farmlands and hindering our people, who are predominantly farmers and fishermen, to earn their livelihood.

“As it is done elsewhere, I, therefore, call for the Commission to please look into the area of compensating anyone affected by flooding, because these are the people who contribute to the economic development of the country through food production,” he said.

Governor Bello gave the charge when the governing council of the HYPADEC, led by its Chairman, Joseph Terfa Ityau, paid a courtesy call on the governor in Government House, Lokoja.

According to him, the state has suffered colossal damage and devastation as a result of perennial flooding, stressing that many farmlands and fish ponds have been washed away by flood as a result of the overflow of the Benue and Niger rivers through various dams in the north, thereby rendering farmers in the affected communities homeless and deprived of their livelihoods.

The governor, represented by Deputy Governor Edward Onoja, appealed to the Commission for urgent attention to alleviate the hardships of riverbank communities in the state.

Earlier, HYPADEC Chairman Ityau noted that the Commission was signed into law in 2010 to cover Kogi, Kwara, Kebbi, and Niger states, adding that the law was amended to include Benue and Plateau.

Terfa stressed that the purpose of the familiarisation tour was to identify peculiar problems confronting each community in the six affected states with a view to finding solutions to them, as he urged the communities to cooperate with the Commission.

The members of the Commission later visited Ajaokuta, Adavi, Ajaokuta, Ofu, Ibaji and Idah Local Government Areas, where the impact of flooding is high in the state.

In spite of the huge investment in the water sector by the government and international organisations, water scarcity has grown to become a perennial nightmare for residents of Abeokuta, the Ogun State capital. This report x-rays the lives and experiences of residents in getting clean, potable and affordable water amidst the surge of COVID-19 cases in the state.  Kogi monarch calls for dredging Niger river to control annual flooding

The Lagos-Ibadan railway was inaugurated recently for a full paid operation by the Nigerian Railway Corporation after about a year of free test-run. Our reporter joined the train to and fro Lagos from Ibadan and tells his experience in this report…  Kogi monarch calls for dredging Niger river to control annual flooding

Okowa to Buhari: It’s great injustice to run NDDC without constituted board

Ramadan: We need more of your kind in Kwara, cleric extols Sheriff Shagaya