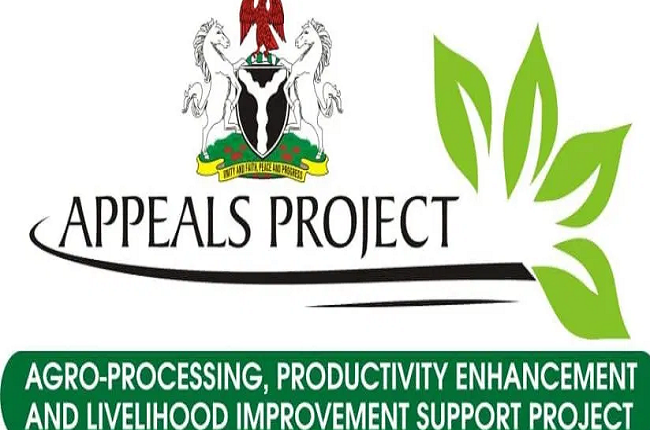 The governor of Kogi State, Alhaji Yahaya Bello has said his administration will give full backing towards the establishment of the integrated farm settlements for beneficiaries of the World Bank Agro-Processing, Productivity Enhancement and Livelihood Improvement Support (APPEALS) Women and Youth Empowerment Programme, describing the initiative as a model for other states to emulate.

The governor stated this at the presentation of the Kogi State APPEALS Integrated Farm Settlement project to members of the state executive council by the State Project Coordinator, Dr Sanni Abdullahi Ozomata.

He said that due to the impact of the APPEALS project on the agricultural landscape of the state, the state government would give full support towards the establishment of the Integrated Farm Settlements and added that the idea will equally be replicated at the community levels in order to improve the livelihoods of more youths in the state.

He stated that the importance of agriculture as a catalyst for economic growth cannot be overemphasised hence the commitment of his administration to making agriculture receive the desired attention.

In his remarks, the state deputy governor and chairman state steering committee for the APPEALS project, Chief Edward Onoja, lauded the state project coordinator in coming up with the idea of the integrated farm settlements and noted that the model, when implemented, will serve as a reference point for other states to emulate.

In his presentation, the state project coordinator, Dr Sanni Abdullahi Ozomata said the idea of establishing an integrated farm settlement for beneficiaries of the APPEALS-Women and Youth Empowerment programme was to develop a commodity-based cluster formation model with associated business investment plan leading to the economic empowerment and livelihood improvement of the beneficiaries.

Ozomata enumerated areas of benefits for the state to include an increase in internally generated revenue, job creation, and value addition to the common staple crops in the state among others.

Earlier in his address, the lead consultant for the establishment of the integrated farm settlement Dr Oyesola Oyebanji commended the state governor for his support towards the implementation of the APPEALS project in the state.

He told the governor that the integrated farm settlements when implemented have the capacity to transform the agricultural landscape of the state.