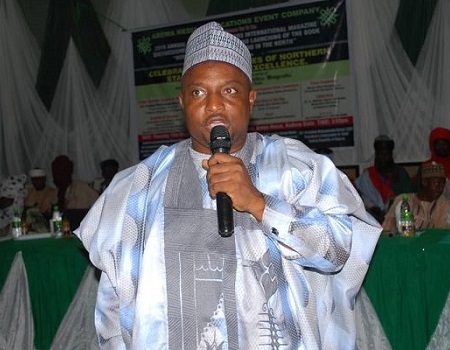 Kogi government through the State Primary Health Care Development Agency (KSPHCDA) has solicited the support of traditional rulers and other stakeholders for effective polio vaccination in the state.

Dr Abubakar Yakubu, Executive Director of the Agency made the call during an advocacy visit to the Attah of Igala, Dr. Michael Idakwo Ameh-Oboni 11, at his palace on Monday in Idah Local Government Area.

Yakubu appreciated the roles that the traditional rulers had been playing especially in ensuring that people were well sensitised to participate in all the past routine immunizations in the state.

Yakubu noted that they were in the palace in respect of the Fractional Inactivated Polio Vaccination (FIPV) which kicked started on Tuesday, Jan. 21 to 26 in the nine local government areas (LGAs) of Kogi East.

”This is another opportunity for us to put a final nail to the coffin of polio in Kogi, and we want everybody to be involved.

”We have had series of advocacy visits to the stakeholders for support on the ongoing campaign on Fractional Inactivated polio vaccination (FIPV) to be carried out in nine LGAs of Kogi East.

”It is very important for us to see his royal majesty to see that this exercise enjoys an atmosphere of goodwill from him and to seek his support so that the people can be vaccinated.

”It is part of the efforts we have put in place to kick out poliomyelitis out of the state completely,” he said.

He noted that similar campaign was carried out in July, August, September and October 2019, as an outbreak response against the vaccine derived polio

He added that the agency had also visited the Police Commissioner to ensure security beefing around their officials on the field.

In his response, Alhaji Adama Sule, the Secretary of Igala Area Traditional Council, who spoke on behalf of the Attah of Igala, commended the agency and the State Government for their efforts on polio eradication in the state.

He noted that his royal majesty had been a partner to all the healthcare programs in the state while appreciating the donor agencies, who had been contributing to the success of the program.

”His Majesty is an advocate of quality healthcare for his people and we will continue to sensitise ourselves and send the messages across the nook and cranny of Kogi East and to all the royal chiefs.

‘We pray on behalf of his majesty that polio should be kicked out finally in Kogi State,” Sule said.

The team from the agency led by Dr Yakubu also paid an advocacy visit to His Royal Highness, the Onu of Ibaji, Chief John Egwemi, in Ibaji LGA, who said he was delighted to receive the team.

”I am very delighted to see you because it is very embarrassing that after all the efforts to kick polio out, polio is still found in Igala land in Ibaji.

”Our effort now is to ensure that it is finally kicked out as planned by the entire world.

Egwemi appreciated the agency for their efforts during the flood season for taken the pains to come to his people even on a canoe in spite of the terrains.

”I am happy because it is a good programme and that you are taking the trouble to reach out to us.

”From what I have seen now and what I have heard before, I know it is a serious programme to kick polio out of Igala land, Kogi State, Nigeria and the world at large,” the monarch said.

Earlier, Alhaji Yusuf Acheku, Kogi State Health Educator, said that they had embarked on pre-social mobilisation activities for the ongoing FIPV, to ensure that people were adequately informed.

He commended the executive director of the agency for creating an enabling environment to ensure that adequate sensitisation was carried out for the FIPV program.

‘My wife deprived me of sex for 1 year,’ husband tells court

ActionAid Nigeria trains 500 youths on skills acquisition, others in Kogi