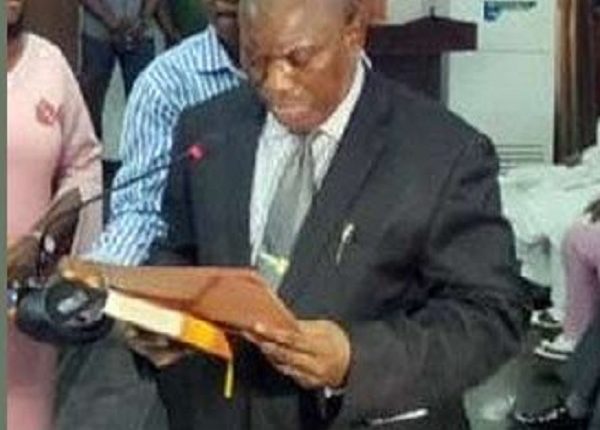 The Kogi State House of Assembly, on Monday, confirmed the appointment of Justice Sunday Otu as substantive Chief Judge of the state.

This followed the adoption of the motion by the House Leader, Mr Bello Abdullahi (APC-Ajaokuta) at the Committee of the whole.

Moving the motion, Hassan called for the confirmation of Otu based on his track record and experience.

The motion was seconded by Mr Muktar Obaje of Okehi state Constituency.

The Speaker, Matthew Kolawole ruled that the nominee should take a bow and go.

Kolawole in his ruling announced the confirmation of the nominees and directed the Clerk to issue a resolution to that effect to the executive.

The House also took the report of the House Joint Committee on Women Affairs and Poverty Alleviation and Judiciary and Justice on a Bill for a Law to provide for the Elimination of Violence in Private and Public life, Prohibition of all forms of violence against persons, protection of victims and punishment for offenders in Kogi State and other matters connected therewith, 2020.

In spite of the huge investment in the water sector by the government and international organisations, water scarcity has grown to become a perennial nightmare for residents of Abeokuta, the Ogun State capital. This report x-rays the lives and experiences of residents in getting clean, potable and affordable water amidst the surge of COVID-19 cases in the state.Kogi gets new substantive Chief

The Lagos-Ibadan railway was inaugurated recently for a full paid operation by the Nigerian Railway Corporation after about a year of free test-run. Our reporter joined the train to and fro Lagos from Ibadan and tells his experience in this report…Kogi gets new substantive Chief