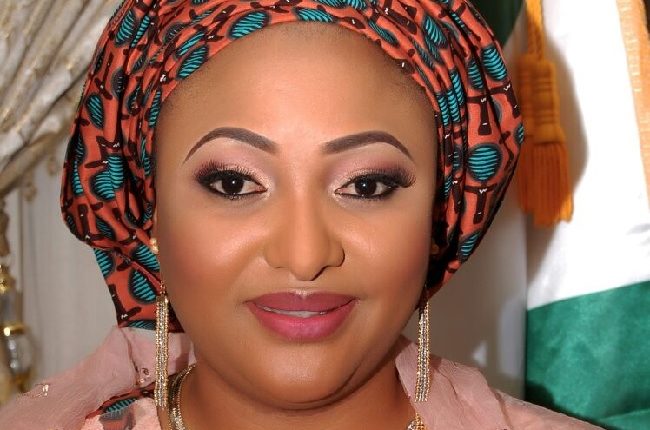 The wife of the Kogi State Governor, Hajia Rashida Bello, has condemned the alarming rate at which Nigerian girls are being raped in the recent times across the country and promised to join in the fight against the menace.

The governor’s wife gave the assurance when a delegation of Kogi State Branch of National Human Rights Commission (NHRC) paid an advocacy visit to her office, on “War Against Rape” in Lokoja.

Mrs Bello also promised to do all within her powers in the protection of women and children’s rights in the state.

The first lady who was represented by her Senior Special Assistant on Administration, Mr Victor Okee, commended the initiatives of the Human Rights Commission for embarking on the protest against the denial of children of their rights in the society.

She stressed that government at all level, religious leaders and other relevant stakeholders in the country have serious roles to play in strengthening the existing laws against rape and protection of women and children rights.

According to the governor’s wife, rape has no place in our society hence the need for all hands to be on deck in creating awareness on the rights of our children and the need to protect them at all times.

She warned against the stigmatisation of victims of rape in the society but should rather endeavour to give them motivation and encouragement as they narrated their ordeals.

“I will not hesitate to give financial assistance to parents of rape victims in prosecuting rape cases in courts to ensure that justice is obtained,” Mrs Bello reiterated.

Earlier, the State Coordinator of NHRC, Mr Nuhu Mohammed, informed the governor’s wife that most of the rape cases before the police had been withdrawn due to lack of funds by the parents of the victims to prosecute the matters in court.

He, therefore, called on the Governor’s Wife and Ministry of Women Affairs to render financial support to these poor parents to enable them to pursue cases of their children to a logical conclusion.