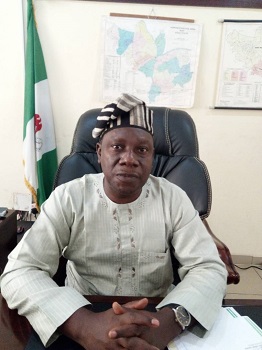 Speaking on Tuesday at the Unveiling/Multi Stakeholders Consultative Meeting On Curbing VAWIP which took place in Lokoja, Kogi state Apam noted that it is sad that some hoodlums during election stormed polling station and disrupt the election.

According to him, all efforts put in place by INEC to organise a free, fair, credible election is always jeopardized by some people and thereby given setback to the process.

He called on parents to educate their wards against violence and see how November Governorship election can be free and fair.

“INEC is doing everything possible to organise a free, fair and credible governorship election in November. We have met with Traditional rulers and other stakeholders in the state on the way forward.

“People always blame INEC when there is a problem, but the truth of the matter is that in most cases the electorate and politicians are responsible for the problem. Yes on our part we usually encounter some problem but I can assure you that some of these problems will be solved before, during and after Kogi governorship election.

Earlier, the Executive Director, Challenged Parenthood Initiative Eunice Agbogun in his welcome address and said the programme was organised as the state is getting set for the November governorship election.

She mentioned that the coming election is critical and women should not be allowed to be relegated to the background by men.

She urged women to come out and participate in politics and also vote for whoever they support in the coming election.