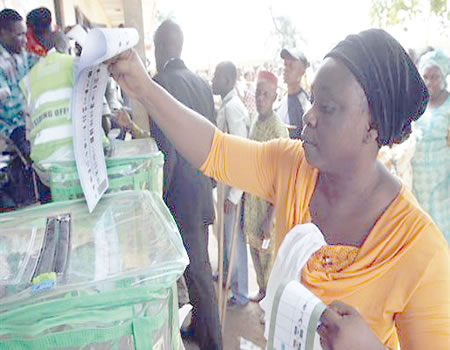 The Centre for Advocacy of Justice and Rights (CAJR) in conjunction with International Foundation for Election System (IFES) has advised the Security Agencies to ensure that all offenders during the election violence in Kogi State are arrested and prosecuted to serve as a deterrent to others who may want to indulge in such activities.

The organisations also advised the stakeholders to ensure that election malpractices were curtailed and to bridge the communication gap with enhanced voters education and sensitization.

The Project Officer of CAJR, Mr Kingsley Obida, gave the advice at a press conference in Lokoja, during the official presentation of Nigeria Election Violence Report (NEVR) of the 2019 governorship election in Kogi State.

He bemoaned high rate of violence deployed on the people before, during and after the gubernatorial election, which led to the death of no fewer than 11 persons across Kogi State.

He stressed that the forms of electoral violence recorded as monitored by the group were the clashes between and within political parties, thugs’ intimidation and threats to voters, political arrest, physical harm, violence against women and destruction to private properties.

He added that the rate of violence was the highest in Kogi East with 50 per cent cases which Dekina and Ankpa LGAs are the worst hit, and West with 30 per cent, while the Central senatorial zone recorded a minimal incidence of violence throughout the election period.

The report noted that there were 20 cases of murder in overall, with Madam Salime Achefu Abuh, who was burnt alive in her country home at Ochadamu, saying 45 incidences of intimidation, 18 cases of destruction of properties that included posters, billboards, cars of political opponents damaged throughout the election period.

He lamented that in Lokoja metropolis, over 20 ballot boxes were snatched by unknown gunmen while votes buying, which was assisted by some security officials and election officials were recorded.

He added that arrest of some members of opposition parties before the election was the highest in the western senatorial zone of the state.

Obida explained that the Centre for Advocacy of Justice and Rights had engaged series of activities which included hot spot mapping, flashpoints and areas with a history of violence during the election, and the training of monitors were carried out.

He added that the organisation’s 45 trained monitors were deployed two months ahead of the election to the 21 Local Government Areas to monitor political atmosphere before, during and after the election.

Also speaking, Mrs Judith Abiem hinted that the CAJR assignment was a comprehensive project which needed a deliberate and systematic effort to give an incontrovertible report of the whole process leading to the conduct of the 2019 Kogi governorship election.

Abiem added that the organisation need not be in a hurry to submit its report to the public but to cover activities of the election management body, the security agencies, the political parties even after the conduct of the election with the views to present a report that would be the true reflection of the election.

Abiem, who is the project coordinator of IFES, commended CAJR for her meticulous and painstaking effort at producing a report that will stand the test of time.

Meanwhile, the report advised the security agencies to ensure all offenders are arrested and prosecuted, while stakeholders should ensure that electoral malpractices are curtailed and to bridge the communication gap with enhanced voters education and sensitization.

It added that polling units should be made accessible to people living with disabilities-PLWD while seeking for improved synergy between INEC, NOA, CSO and the media.