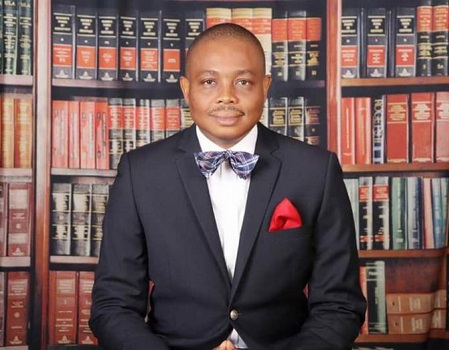 The Nigerian Bar Association (NBA) on Monday said the governorship election in Kogi state failed to meet
the minimum standard of a credible election.

The association noted that the violence, killings, disruption of the electoral process and ballot snatching that characterised the election made it fail the test of a minimum global standard in election organisation.

This was contained in the report of the Election Working Group (EWG) of the NBA that monitored the last Saturday elections in Kogi and Bayelsa states.

The report signed by chairman, NBA Election Working Group, Mazi Afam Osigwe, however, said efforts should be made to improve on election organisation in the country.

The report read, “In the light of the large scale acts of violence, disruptions of the electoral process, snatching of electoral material by armed persons some of whom were dressed in police uniform, coupled with sporadic gunshots that scared voters away from voting centres, as observed by the NBA EWG, the election in Kogi State failed to meet the minimum standard of a credible election”.

The EWG said there was a need for government and security agencies to ensure that electoral offenders are punished to act as a deterrent to others.

“Governments and the law enforcement agencies must develop the political will and muscle that would enable them to bring to book all persons and/or parties including members of any security agency who are involved in any form of electoral offences as was recorded during the elections.

“Security agencies deployed for election duties should be alive to their responsibilities by apprehending persons who break the law or perpetrate any form of electoral malpractice.

“Security agencies should not form part of the criminal disruptors of election processes or aid and or condone the same by their wilful refusal and or failure to take any action to prevent the commission of electoral offences.

“Personnel of security agencies at national and state levels must always exhibit neutrality and professionalism in carrying out their election-related assignments in order to engender a peaceful environment for the smooth conduct of elections. Respect of the law by security officials should be promoted and enforced.

“Adequate protection must be provided during the elections exercise for the electoral officials and the general populace particularly persons who come out to exercise their voting rights.

INEC must put in place measures that guarantee free and unhindered access to the polling units for every citizen”, read the report.

The NBA also urged Nigerians not to continue to make elections do-or-die affairs, noting that spike and brazenness in incidents of electoral violence and commission of electoral offences over the years are most alarming and deplorable.

The association stated, “There must be a way of letting politicians know that winning elections must not be at the cost or expense of human lives and limbs and that not winning an election does not result or lead to the end of the world.

“Transmission of results generally, including but not limited to, from the polling units to the collation centres, should be improved upon. The electronic transmission should be adopted.

If the electoral system is automated, the chances of rigging, destruction of ballot papers or result sheets will be eliminated. Automation will also reduce the cost of the election as a lot of paper and transportation costs will be avoided”.

It, however, said there was need to embark on a rigorous capacity-building programme for INEC officials to ensure credible election process.

‘I want to take Zamani to next level’ ― NBA music boss