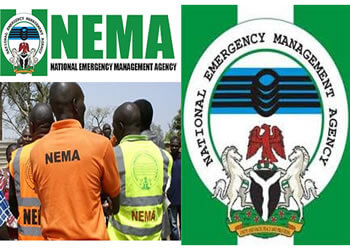 THE deputy governor of the state, Simon Achuba, said this in Lokoja, the state capital while receiving relief materials for flood victims of 2017.

He said the state government would not play politics with the welfare of the people, particularly those devastated by the flood disaster, saying the allegation was a wicked and malicious one.

The entire state and the social media had been filled with the accusation that government had distributed the relief materials to its cronies for political patronage while the intended beneficiaries were languishing.

However, Achuba, who inspected the materials which include food items, non-food items, building materials and livelihood restoration tools, said the government was committed to the welfare of the people.

The deputy governor, who applauded the agency, however, pleaded with it to give more support and assistance to the state as the available materials could not go round the affected victims of the flood.

The director general, NEMA, Mustapha Maihaja, added the agency was not set up for political issues, saying the materials would be distributed to the beneficiaries.

He said flood had become a global phenomenon due to climate change and a perennial occurrence in Kogi state because of the two major rivers converging at Lokoja.

The director general, who spike through the director, relief and rehabilitation of NEMA, Kayode Fagbemi, said there was the need for the state and the agency needed to work together to develop a comprehensive and coordinated emergency preparedness and response system to minimise the adverse impacts of the flood on the people.

According to him, proper town planning and clearing of drainages long before the rainy seasons could reduce the risk of flood in the communities.

He said the agency was ready to collaborate with and support the State Emergency Management Agency (SEPA) in mitigating the impacts of disasters in the various communities.

WHO supports Kwara on measles campaign