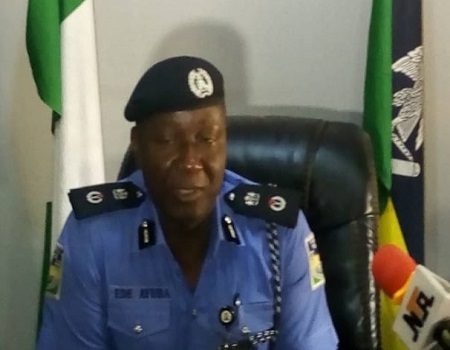 The Commissioner of Police, Kogi State Police Command, CP Ede Ayuba Ekpeji has condemned the unfortunate attacks on the people of Tawari Community in the early hours of Friday.

In a press statement issued on Friday, by the Police Public Relation Officer, DSP William Aya, the CP condemned such attacks in its entirety, while he extends his message of condolence to the traditional ruler of Tawari, the entire community, the Kogi Local Government and Kogi State Government over the unfortunate incidents.

ALSO READ: We will continue to care for you, Lagos govt tells students with special needs

While assuring the people of the community and the State in general of the Command’s efforts to restore normalcy in the area, the CP has deployed special Forces, Federal Anti-Robbery Squad, Counter Terrorism Unit, Police Mobile Force, as well as the conventional Police to the area to forestall any breakdown of law and order.

“He has ordered the Deputy Commissioner of Police in charge of Investigation to commenced the investigation so as to unravel the cause of the attacks.

“He appealed to the law-abiding people of the State to volunteer useful, timely and credible information to the Police and any other security agencies on the activities of criminal elements in the State. While assuring the people of the State his determinations to ensure that Kogi State remains the safest in the country.

We will continue to care for you, Lagos govt tells students with special needs