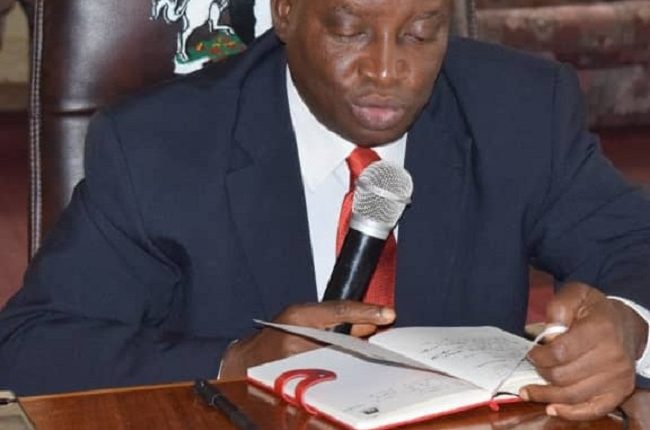 In an effort to know the wage bill and the workforce in judiciary and Judicial Service Commission, the acting Chief Judge of Kogi State, Justice Henry Olusiyi has inaugurated Special Staff Verification Committee to investigate the number of workforces and the monthly wage bill of the judiciary in the state.

Justice Olusiyi while inaugurating the committee on Friday, lamented that some judicial workers don’t come to work yet they are in the payroll of the judiciary.

He warned that he will not condoles laziness among his staff while others are working some tend to stay away from work and at the end of the month, they received a salary.

He also said all appointment letter issued from January 2020 up to date must be investigated by the special committee and determined whether or not there was proper authorization for such appointments.

He added that the committee should investigate the actual monthly wage bill of the High court and the Judicial Service Commission respectively.

Justice Olusiyi noted that the committee should also investigate and determined whether the salary scales adopted in the two establishments are proper and appropriate.

He gave the special committee 14 days to submits their report.