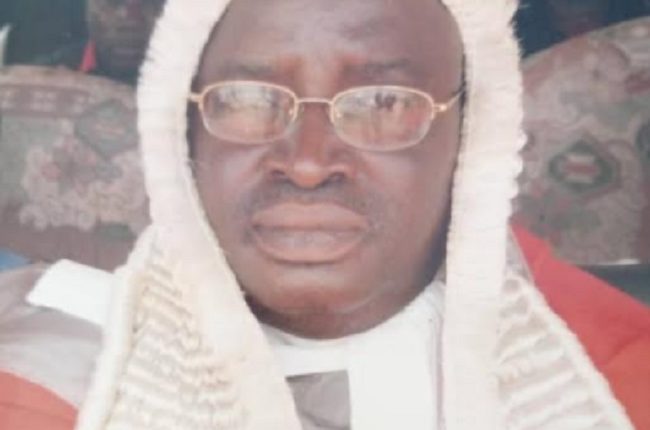 THE Acting Chief Judge of Kogi State, Justice Henry Olusuyi has decried the scourge of coronavirus pandemic, saying it has seriously slowed down the administration of criminal justice system in the country.

Justice Olusuyi, who stated this while receiving members of the judiciary correspondents in his office in Lokoja, said the state judiciary was poised to confront the challenges headlong, to ensure that the society does not suffer as a result of the current reality on our hands.

He, therefore, expressed the commitment of the state judiciary to work in tandem with Nigerian Correctional Services with a view to ensuring that criminal matters do not suffer unnecessary delay, thereby affecting the administration of justice in the state.

He further explained that as a way of decongesting the correctional centres, non-custodian sentences, like community services as punishment, can be seriously considered, especially on non-capital offences, so as to ensure that criminality can be effectively checked in the society.

The legal luminary disclosed that the state judiciary was poised to digitalize filing of processes, through information and communication technology, without necessarily coming to court registry, with a view to ensuring better service delivery.

He further commended Governor Yahaya Bello for his concerted efforts in taking the state to higher heights, through effective administration of justice, which he added, would go a long way in checking the rising wave of criminality in the state.

According to him, Governor Bello has assured of his readiness to provide all that was needed to ensure that judicial officers effectively discharge their duties, as enshrined in the constitution, stressing that such gesture would no doubt, go a long way in checking rising wave of criminality.

The chief judge further commended journalists in the country for their stabilizing role in ensuring an egalitarian society, saying no nation can move forward without a vibrant, robust and virile press.

He, therefore, solicited for support and cooperation of the media in his determined efforts to move the state judiciary to another level, even as he assured that conducive atmosphere would be provided for journalists covering the judiciary, to enable them to carry out their assignments effectively.

What I Told Trump About Christian Massacre Allegation ― Buhari
President Muhammadu Buhari, on Tuesday, revealed his response to President Donald Trump over the American leader’s allegation that the Nigerian government was slaughtering Christians, telling him that the problem between cattle testers and farmers was a cultural thing rather than ethnicity or religion…Kogi CJ assures  Kogi CJ assures

Constitution Review: Middle Belt Congress Seeks Additional 19 States, Abolition Of Local Councils
Ahead of the proposed amendment of the 1999 Constitution by the Senate ad-hoc committee led by Senator Ovie Omo Agege, the Middle Belt Congress has submitted a memorandum to the Committee.
Investigation revealed that the MBC is seeking for the creation of an additional 19 states in the country to make the total number of states to 55…Kogi CJ assures  Kogi CJ assures