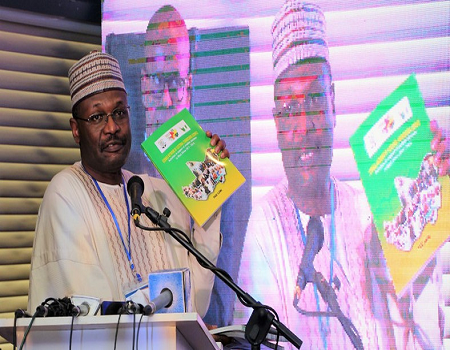 Barrister Festus Okoye,  the National Commissioner of INEC disclosed this at the premises of Federal College of Education Okene, Kogi State on Tuesday during the INEC Campus Outreach tagged “Youth Votes Count” programme organised by European Centre for Electoral Support (ECES) in collaboration with INEC.

Okoye who is also the Chairman of  Information and voters education committee for INEC, said students represent 95 per cent of the ad-hoc staff stressing that there was a need to sensitize them before the election.

“We will train all the ad-hoc staff for the election because we need a credible election in Kogi State.

“Election will take place in the 21 LGA of the state in  2,548 polling units and additional 3,508 polling units that will be created for the election”

While speaking on the readiness of INEC in conducting the November governorship election in Kogi state, Okoye assured that the Commission will provide all the facilities that will be required for the election.

“We will make sure that two weeks before the general election all non-sensitive materials will be in the state and it will be distributed accordingly,” he said.

He charged the electorates in the state to come out en-mass to cast their votes for the candidate of their choice, stressing that without exercising of their civic right, the people can not hold the leaders accountable.

In his remark, the Provost of the College  Dr Umar Hassan said that for the country to attain the desired development both economic and political, youths have a significant role to play, noting that youth form the fulcrum of any nation’s development.

He, therefore, cautioned the students not to allowed themselves to be used as an agent of electoral violence by do or die politicians who may choose to win the election by all means.

May Day: Bello restates commitment to welfare of Kogi workers