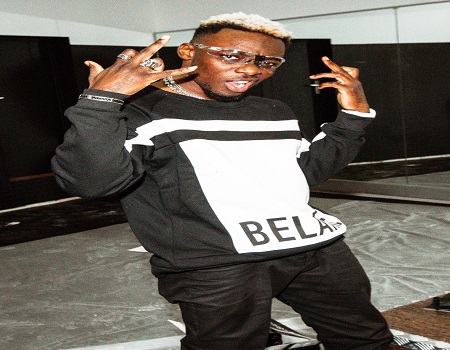 Fast-rising music star, Daniel Okobi, popularly known as Kobi Jonz keeps making the headlines for good reasons. Just recently, he released a collaborative project with Dj Boat from Ghana titled ‘Naija Ghana Tape Volume 1’, which is reported to be making waves on the radio in the United Kingdom (UK) as well as online streaming platforms.

Having registered his emergence on the music scene in 2018 with his official EP dubbed XYLEM, which he described as growth, the singer went ahead to thrill his fans with hit songs like Conscious, Anticipation and Risky Business.

Kobi, who started his musical journey as a student at Covenant University, where he released tracks and gained recognition and released his first music video, Takeover, which was played on SoundCity TV in Nigeria.

Speaking with TribuneOnline on his music career and how he came about the name Kobi, the singer disclosed that the stage name was coined from “my last name Okobi and the feeling Jones, meaning a strong desire to love.”

Asked what he would like to achieve with his music, the singer said that his type of music is geared towards steering hope and love in his listeners-passing a feel-good message.

“I used to be a dancer but I started making music in 2009, my second year at the University. I released my first single Paddle, which featured Falz in 2016 under Martial Records.

With his 2020 Europe tour on his mind, Kobi said he’s also back in the studio working on more lovely tunes for his fans. “I am getting ready for my tour and making new songs for my fans as they get along with me on this music journey. I promise them it is going to be good music from now on”, he said.