King of Morocco calls Buhari, expresses joy over his health 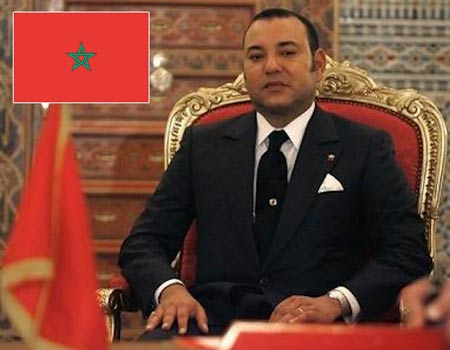 KING of Morocco, Muhammed VI, has said he spoke with President Muhammadu Buhari on the phone, saying he was delighted over the improvement in Buhari’s health.

According to a statement issued by the Special Adviser to the President on Media and Publicity, Femi Adesina, in Abuja, on Thursday, the conversation took place on Wednesday, during a telephone call initiated by the monarch.

President Buhari is still in the United Kingdom on a medical vacation.

The statement said: “The king, who initiated the call, asked after the president’s health and expressed satisfaction at his rate of improvement.

It said King Mohammed thanked President Buhari for Nigeria’s support in returning Morocco to the African Union and notified him of Morocco’s request to join the Economic Community of West African States (ECOWAS).

The Moroccan king also expressed his intention to make the Rabat-Abuja strategic partnership a framework for regular consultation and cooperation on African issues of mutual interest to both countries.

Meanwhile, the Zazzau Emirate Council in Kaduna State, on Thursday, offered special prayers for the quick recovery of President Buhari.

The prayer session was conducted at the palace of the Emir of Zazzau, Dr Shehu Idris.

In his remarks, Governor Nasiru el-Rufai of Kaduna State thanked the emirate for what he described as a good foresight.

El-Rufa’i, who was represented by Alhaji Shehu Bala, the state Commissioner for Stakeholders Relations, urged other traditional institutions to emulate the gesture.

Responding, the emir directed all Juma’at mosques in the emirate to pray for the president and for peace to prevail in Nigeria.

He appealed to Nigerians to live in peace with one another to foster growth and development across the country.