Killing of Adamawa CAN chairman by Boko Haram, shame on FG ― CAN

• Passes vote of No Confidence on security chiefs 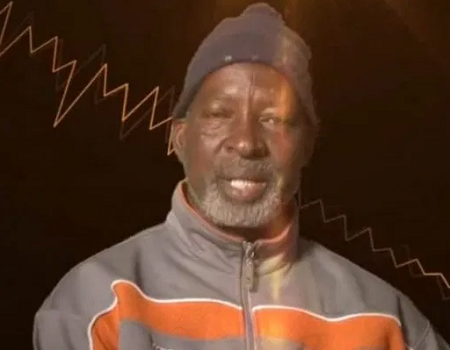 The Christian Association of Nigeria (CAN) has described the killing of the Michika Local Government Area CAN Chairman, Reverend Lawan Andimi, as a shame to the Nigerian government.

While commiserating with the bereaved, CAN declared 3 days prayers and fasting, and called on the international community for assistance on the insurgency ravaging the country.

The Christian apex body further passed a vote of no confidence on the security chiefs and called for overhauling of the security architecture.

This is contained in a statement issued by the Director, Legal and Public Affairs, CAN, Evangelist Kwamkur Samuel Vondip.

The statement said “the President of the Christian Association of Nigeria, Rev. Dr Samson Supo Ayokunle and indeed the entire CAN leadership and the Nigerian Church are deeply saddened with the news of the gruesome murder of Rev Lawan Andimi, the CAN Chairman Michika Local Government Area and the District Church Council Secretary of the Ecclesiya Yan’uwa a Nigeia (EYN) Church in Michika, Adamawa State.

“We recall sadly that Late Rev. Lawan Andimi, while in captivity, made a passionate appeal to the leadership of his church and the Federal Government to come to his rescue. The Church did everything within her reach to secure the safe release of this pastor gentleman but it was not possible because they didn’t have the military power to do so.”

The statement recalled that “just last Sunday, a clergyman, Rev Denis Bagauri was murdered by unknown gunmen in his residence at Mayo Belwa of Adamawa State.

“The Church views the unabated kidnappings, extortions and killings of Christians and innocent Nigerians as shameful to the government that each time boasts that it has conquered insurgency.

“It is reprehensible and saddening that each time the government comes out to claim the defeat of the insurgency, more killings of our people are committed.

“In the light of the current developments and the circumstantial facts surrounding the prevailing upsurge of attacks against the church, it will be difficult for us to believe that the Federal Government under President Muhammadu Buhari is not colluding with the insurgents to exterminate Christians in Nigeria, bearing in mind, the very questionable leadership of the security sector that has been skewed towards a religion and region.

“Is that lopsidedness not a cover-up for the operation of the insurgency, If not, why couldn’t the well-equipped security agents of Nigeria get this man killed rescued?” CAN queried.

CAN, therefore challenged the Federal Government to be more proactive about the effort to get rid of the continuous siege on Nigeria and end the wanton killings and destructions of lives and property of Nigerians if the government is to be taken seriously.

“Maintenance of security is the least responsibility of any government that knows its worth. We are once again calling on the President Buhari to purge himself of the allegations of nepotism and religious favouritism by reconstituting the leadership of security outfits,” CAN added.

CAN also urged the Federal Government to ensure the release of Leah Sharibu and hundreds of victims who are in the Boko Haram and ISWAP captivity before it is too late.

“A government that cannot protect the governed is a failed government,” CAN said.

“CAN deeply sympathise with the immediate family of Late Rev. Andimi, President and members of EYN Church, the government of Adamawa State and the entire Nigeria Church”, the statement noted.

CAN, however, wondered “what is the essence of SIM card registration if the authorities cannot use it to track down these killers who rely on phones as a mean of communications to do their criminalities?

“What has become of intelligence gathering of our security agencies, is this government and the security agencies still claiming that the war against these criminals in religious garments has been won despite all the killings?

“Is the government sincere in fighting these terrorists or merely paying lip service to the war against the insurgency?

“Is there any hope that our security is guaranteed under this government, can the government tell us what they did since Rev. Andimì cried out to them for help?

“Since the government and its apologists are claiming the killings have no religious undertones, why are the terrorists and herdsmen targeting the predominantly Christian communities and Christian leaders?

“If the security agencies are not living up to the expectations of the government, why hasn’t it overhauled them with a view of injecting new visionaries ones into the security system?

“As long as the government continues to live in denial and fail to face reality, these criminals will not stop their
criminalities. We are almost losing hope in the government’s ability to protect Nigerians especially Christians who have become endangered species under its watch.

“We once again call on the International community and developed world like the US, the UK, Germany, Israel and others to please come to our aid of Nigeria, especially, the Nigerian Church so that we might not be eliminated one by one.

“We cannot lose hope on divine protection and the power of our Lord Jesus Christ to expose those behind the sponsorship of terrorism in Nigeria and to get Nigeria safe from the arms of the criminals.

“We shall remain constant and not bow to the antics of terrorists and their sponsors. We know that very soon, God will unmask these ungodly and wicked elements amidst us and their collaborators in Jesus Name.

“We urge all Christians to set three days apart this week to fast and pray for Nigeria,” the statement added.