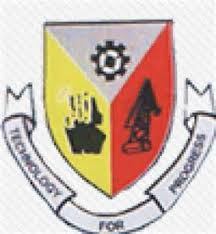 Plateau State Polytechnic was thrown into confusion and pandemonium on Wednesday following invasion of the institution by a gang of kidnappers who abducted a 12 years old, Kim Dido and whisked him away to an unknown destination.

A source close to the main campus of the Polytechnic at Barrakin Ladi disclosed that the gun wielded kidnappers numbering about 7 stormed the institution at exactly 8:00 pm when the entire family of Reverend Dido were relaxing after a day work.

According to the source, the kidnappers demanded for money but when they could not get the ransom, they abducted the young boy and bolted away before those living within the vicinity could arrive the scene of the incident.

The State Police Command who confirmed the incident through a statement signed by the State Police Public Relation Officer, DSP Mathias Terna Tyopev said the Command on Wednesday received an information from Pastor Andrew Dido, the Chaplain of Plateau Polytechnic Heipang, in Barkin Ladi LGA that at about 8:30 pm, unknown gunmen broke into his quarters in the institution and Kidnapped his twelve (12) years old son Kim Dido to an unknown destination.

According to the statement, the kidnappers also took his Handset adding that on the receipt of the information, the Commissioner of Police Plateau State Command, Jos CP Isaac Akinmoyede directed the DPO of Barkin Ladi Division to beef up security in the institution.

It added that Commissioner of Police also raised a rescue team that is currently on the trail of the kidnappers and assured members of the academic community that the Command was determined to rescue the boy and to beef security in and around the school.