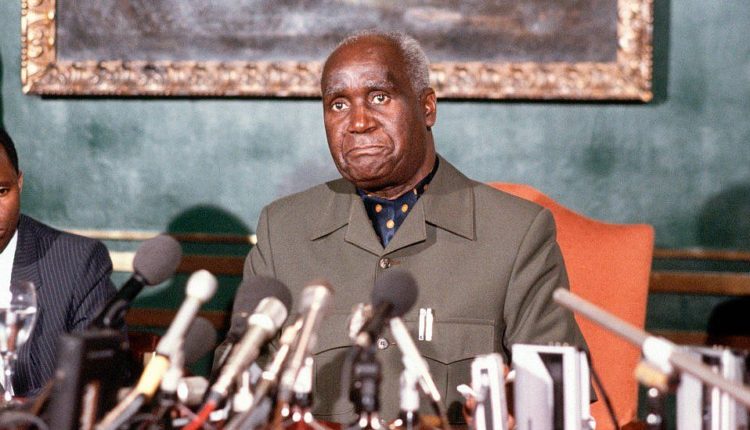 Kenneth Kaunda, Zambia’s first president and one of the last of the generation of African leaders who fought colonialism, has died. He was aged 97, the British Broadcasting Corporation (BBC) reported.

Kaunda was admitted to a military hospital in the capital, Lusaka, on Monday suffering from pneumonia.

In the 1950s, Kaunda was a key figure in what was then Northern Rhodesia’s independence movement from Britain. He became president following independence in 1964.

As head of the left-leaning United National Independence Party (UNIP), Kaunda then led the country through decades of one-party rule. He stepped down after losing multi-party elections in 1991.

“I am sad to inform we have lost Mzee,” Kaunda’s son, Kambarage, wrote on his late father’s Facebook page, using a term of respect. “Let’s pray for him.”

“I learnt of your passing this afternoon with great sadness,” he wrote on Facebook. “On behalf of the entire nation and on my own behalf, I pray that the entire Kaunda family is comforted as we mourn our first president and true African icon.”

Another tribute came from Kalusha Bwalya, former captain of the national football team, who said Kaunda had made “an immense impact.”

Kaunda – popularly known as KK – was a strong supporter of efforts to end apartheid in South Africa. He was also a leading supporter of liberation movements in Mozambique and what is now Zimbabwe.

In later life Kaunda turned his attention to the fight against HIV after one of his sons, Masuzyo, died from an AIDS-related disease.

“We fought colonialism. We must now use the same zeal to fight Aids, which threatens to wipe out Africa,” he told Reuters in 2002.

VERDICT: MISLEADING! UNICEF in its report explained that though there are different kinds of risks and harms that have been linked to children’s exposure to pornography but there is ‘no consensus’ on the ‘degree’ to which pornography is harmful to children.Kenneth Kaunda, Zambia’s first president, dies at 97

ILO tasks Nigeria to be committed to eliminating child labour