Entertainment
By Tribune Online On Jul 18, 2021 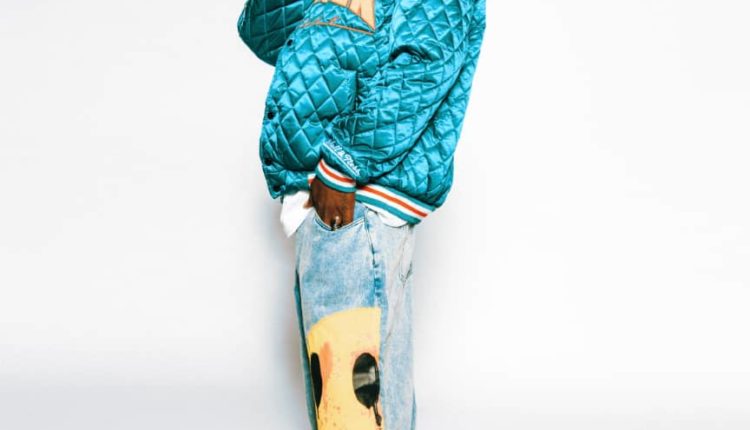 Afrobeats has taken over the world. From Milan to London and Paris, the bubbly genre which takes precedence from Fela Kuti’s Afrobeat has become a global soundtrack. Last year, the event of Burna Boy winning a Grammy ‘Best World Album’ Award for Twice As Tall proved that African music—and especially Nigerian pop—has come to stay.

This assertion thrives off the number of talented, young musicians who are making their entry into the music industry. Today, we’re focusing on one of such artists: Kelly Bran. Born twenty two years ago in Benin City, the capital of Edo state, Kelly Bran has shown great passion for sounds since his early years.

Kelly Bran’s father who was a building engineer married three wives (Kelly’s mother was the second wife) and the musician was the second of eight children. Naturally, the household was full of music which increased Kelly Bran’s tendency to become a professional musician in future. Outside his home as well, in the streets of Benin, more young men and women were shunning the vices of the hood reality and picking up microphones.

The first steps Kelly Bran made towards his music happened in school. Along with friends, they’d freestyle for hours, turning their immediate environment into items of creative inspiration. It wasn’t long before they formed a group, going to different public spaces like street carnivals and bars to sing and dance. At the time, due to funding and other relative factors, they couldn’t access recording studios as frequently as they would have loved to. The mentioned mediums were their avenues to network, source opportunities and better their craft, in their vocal performance and stage presence.

It’s also ideal to recognize that Kelly Bran’s parents are great lovers of music. Unlike most listeners of an older generation, Kelly’s father loved popular music and as a result, a song like the D’banj classic “Fall in Love” was a record he loved intensely. Other musicians that made up his father’s diet were Don Jazzy and the entire Mo Hits crew and 2Face Idibia.

When asked to name his own favorites, Kelly ponders the question, before saying he’s inspired by everyone who creates music, especially his Nigerian contemporaries. Are there any particular artists he loves? Olamide and Flavour, he says, are long standing favorites. The icon Dagrin was also an artist Kelly Bran loved a lot, putting out classic songs like “Kondo Stick”’ and “Pon Pon Pon” in the years before his death in 2010.

Earlier this year, in May, Kelly Bran shared his debut record “20 Years,” a beautiful collaboration with fellow new school act Hotkid. Over mid-tempo production built from lively percussion, both artists tackle the subject of hardwork and what one must sacrifice to attain greatness. Where the feature Hotkid is contemplative, singing about chasing his dreams even when sleeping, Kelly Bran furthers the narrative, imagining the sweet life when he sings “I just wan’ feel myself.”

Having been received positively, “20 Years” is the first step towards Kelly Bran’s forthcoming project. For months, the youngster has been locked in the creative process, making records for what would be his debut body of work. “It’s titled Welcome to Reality,” he says, revealing that the EP will house five tracks. It’ll have “different characters,” he affirms, hinting at a colorful appropriation of several genres and styles.

Though there’s been no announcement of a release date, Kelly Bran is sure that the project will be out this year. When that happens, lovers of Afro-Pop will no doubt enjoy Kelly’s music. Until then, it would be great to check out “20 Years” and get familiar with this talented, young musician reaching for greatness.

NGO bemoans poverty in the land, says Nigerians are suffering