Kehinde Ayoola, Oyo Commissioner, for burial on Thursday, May 28 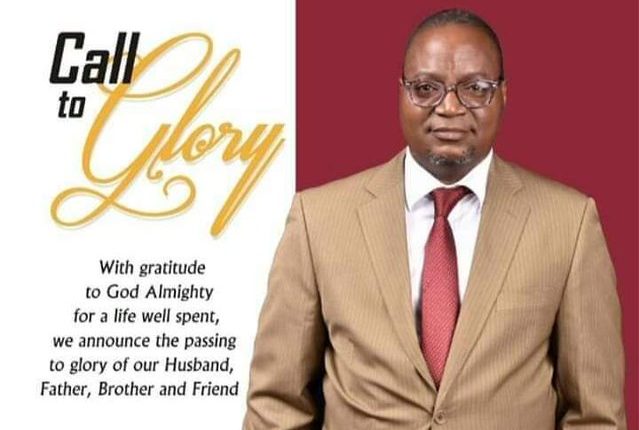 The Oyo State Commissioner for Environment and Natural Resources, Mr Kehinde Ayoola, who died on Thursday, May 14, at the age of 55, will be committed to mother earth on Thursday, May 28, after burial service which will be done strictly in line with the government directive on COVID-19 pandemic. 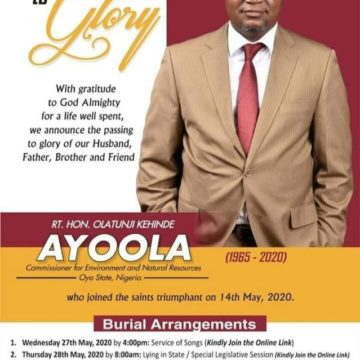 According to the funeral programme, the two-day burial programme will begin on Wednesday, May 27, with a service of songs by 4.00 p.m. while on Thursday at 8.00 a.m., there will be lying in state and special legislative session at the State Secretariat, Ibadan.

At 11.00 a.m. on Thursday, burial service will hold while interment will hold immediately at the church cemetery with only family members in attendance.

According to the statement, all the funeral programmes will be streamed live as well-wishers will not be able to attend based on the directive of the state government.

Kehinde Ayoola, who was also a former speaker of the state House of Assembly, died at a private hospital two weeks after he drove himself there for treatment.