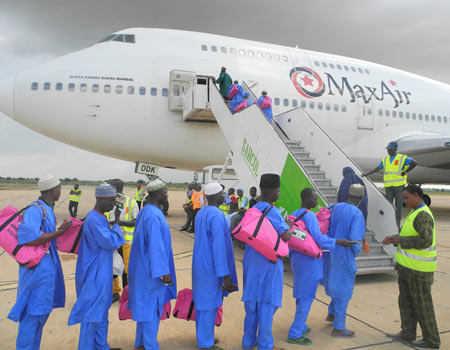 Gov. Atiku Bagudu of Kebbi on Saturday advised prospective pilgrims for the 2017 Hajj to shun acts that would tarnish the image of the country in Saudi Arabia.

Bagudu gave the advice in Birnin Kebbi in a farewell address to the pilgrims scheduled to be airlifted to Saudi Arabia on Saturday night from the Sir Ahmadu Bello International Airport, Birnin kebbi.

About 4,900 pilgrims from the state would join other Muslims from parts of the country for the annual event in Saudi Arabia.

The governor warned them to be security conscious, avoid fraudulent persons and to preserve their travel documents and valuables both within and outside the country.

He told them to always wear their tracker bands to enable security personnel assist them while in Saudi Arabia.

He appealed to the pilgrims to offer specially prayers for the quick recovery of President Muhammadu Buhari and for sustained peace and unity in the country.

Alhaji Musa Sakaba, Chairman of the Pilgrims Welfare Agency, told the governor that arrangements had been concluded for the airlift of pilgrims by Max Airline.