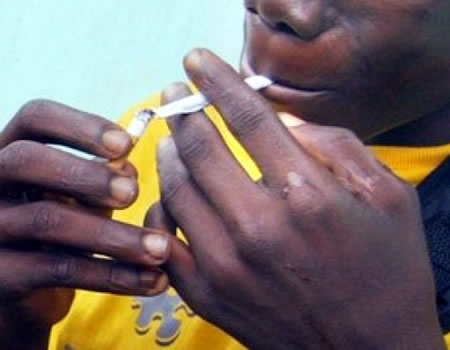 The Kano State Commissioner of Local Government and Chieftaincy Affairs, Murtala Sule Garo, has said all necessary arrangements are underway to conduct compulsory drug abuse test for all aspirants into the forthcoming local government election slated for January 16, 2021, in the state.

This was just as he added that the compulsory drug test would be extended to all employees at the 44 local government areas of the state and whoever is found to be into drugs would be sent for rehabilitation.

He disclosed this during on Tuesday in Kano at a two-day workshop the government organised in collaboration with the National Drug Law Enforcement Agency (NDLEA) for local government workers across the 44 local government areas of the state.

His words, “the governor will very soon approve the screening and conduct of compulsory test for all our workers across the 44 local government areas.

“You are aware that the local government election in the state is around the corner. The governor will mandate all aspirants for the councillorship and chairmanship seats to undergo drug test at the NDLEA headquarters in Kano.

“Similarly, the governor organised this two-day workshop to sensitise and create awareness for our workers across the 44 local government areas in order to be aware and cautious of drug abuse.”

According to him, “The two-day workshop is expected to acquaint the participants with the impact of drug abuse,” so that they can “go back to their respective local government and communities to sensitise the teeming youths, women, men, working-class and school children to shun drug abuse.”

Earlier, the NDLEA state commander, Ibrahim Abdu said it has all the necessary facilities to carry out the exercise whenever the state government is ready for the programme.

Abdu said in the past it has successfully carried out the test on the commissioners and permanent secretaries in the state.

The NDLEA commander also commended the Governor Ganduje-led administration for its measures put in place in the state to curb the menace, noting that with the various interventions in the state, the state has dropped from the first ranking on drug abuse table to the sixth position.

UPDATE: Resign if you have honour, Akeredolu tells deputy