Latest NewsCoronavirus
By Tribune Online On May 22, 2020 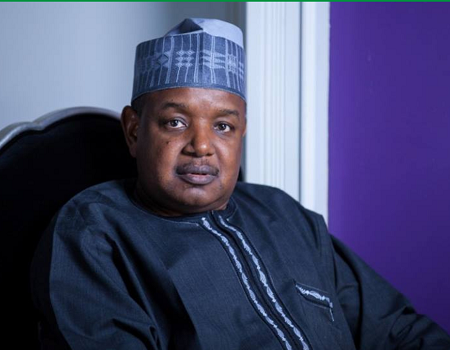 The News Agency of Nigeria (NAN) reports that the children were received in Birnin Kebbi at the IDP camp in Kalgo by Gov Bagudu and various stakeholders in the state.

Bagudu said repatriation of the children to the state by the Kano State government was in line with the recent decision taken by the governors of the 19 northern states.

According to him, the children were earlier tested by the Kano government and duly declared COVID-19 free.

He said that those who had tested positive to the disease were left at Kano, receiving treatment while they would be repatriated afterwards.

Bagudu explained that the decision to repatriate such children to their various states of origin was unanimously taken by the governors.

“This decision was taken in the best interest of the children, as well as the educational development of the region.

“Education is the basic fundamental human right of these children and we will not tinker with it.

“These children are from Maiyama, Jega, Argungu, Dandi, Suru, Bagudo and Kalgo Local Government Areas of the state.

“They will be handed over to their respective local government chairmen, for them to be reunited with their various families for continuation of their education.

“The state government will leave no stone unturned in ensuring that these children’s education are not toyed with,” he said.

Bagudu also announced that each of the children would be given a token amount of money as a start up base for the continuation of their education.

“Our state will also soon conduct a census of all the almajarai children across the state.

“This is with the view to reuniting those from the state with their various families and for the continuation of their education.

Earlier, the Commissioner for Basic and Secondary Education, Alhaji Muhammadu Magawata-Aliero, said that the governor had expressed his utmost concern about their welfare up till the time the almajarai arrived the state.

The Chairman of Task Force on COVID-19, who is also the state Commissioner for Health, Alhaji Jafar Muhammed, explained that before the 61 almajarai were repatriated to the state, the Kano state government had ensured that they were tested.

“Their result turned out to be negative and certified COVID-19 free,” the chairman added.

NAN reports that the children were handed over to the local government chairmen of their respective areas for onward delivery to their parents.

Yoruba Ko’ya set to promote food production, others in South-West