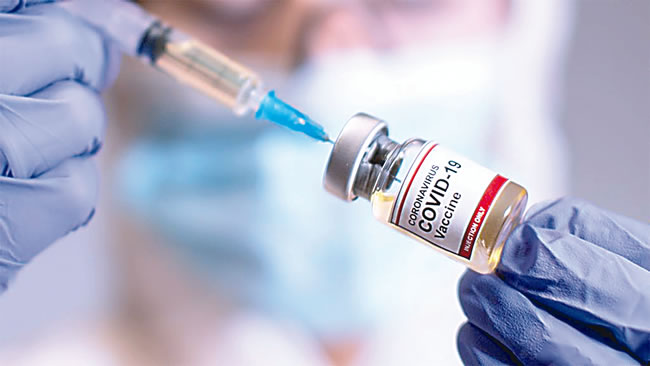 Kano State in the early hours of Wednesday took delivery of the first consignment of 209,520 doses of COVID-19 vaccines.

This is just as the Kano State Governor, Dr Abdullahi Umar Ganduje, on Wednesday said that that the state government has adopted a three-point agenda namely, curative, preventive and palliative to fight the COVID-19 pandemic.

His words: ”Prevention is better than cure. With this immunisation, we need to sensitise the various segments of our society, so as people abide by COVID-19 protocols, we would also want them to accept to embrace this vaccination.”

The governor noted that ”Once we succeed in this vaccination, I think we would say goodbye to COVID-19, like we said goodbye to poliomyelitis and to many other diseases that resurrected from the surface of the world.”

The vaccines arrived aboard a cargo plane, Allied Air E-cargo, 5NTON, at the Mallam Aminu Kano Airport and were received on behalf of the Kano governor by the State Commissioner for Health, Dr Aminu Ibrahim Tsanyawa.

While receiving the vaccines, Dr Tsanyawa explained that the first phase of the vaccines would be administered on frontline healthcare workers.

According to Tsanyawa, Governor Ganduje has accepted to be administered the vaccine, and would soon receive his jab. He adding that at the initial stage, vaccination would be focused on people with underlying medical cases. Thereafter, it would be extended to other targeted population.

Similarly, the commissioner explained that the State Action Committee on COVID-19 would meet soon to determine the modalities, and when the vaccination would be flagged off.