Kano NLC sues for patience over on-payment of salary 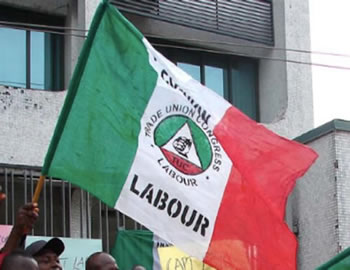 The Kano Chapter of the Nigerian Labour Congress (NLC) has appealed to the Local Government and Judiciary workers in the state to exercise patience over the non-payment of their June salaries.

This is contained in a statement signed by state’s NLC chairman, Comrade Kabiru Minjibir in Kano on Friday.

Minjibir also appealed to teachers and pensioners in the state, who have yet to receive their June salaries, to also exercise patience.

According to him, the union is doing everything possible to ensure that civil servants in the state are paid their salaries at the same time.

“I happened to be among the people whose names were omitted in the pay-roll of the state for the past three months as a result of the last verification exercise conducted by the state government,” he said.

He called on the all affected workers to be patient as the union was doing everything within its power to ensure that they were paid.

NAN recalls that the Kano government had between February and March conducted verification of its workers as part of effort to fish out ghost workers in the state.

Skye Bank to shore up liquidity for profitability — MD

Police hand over Friday Momoh to NDLEA in Kogi

Insecurity: Over 5 brothels, shanties shut down in Kogi