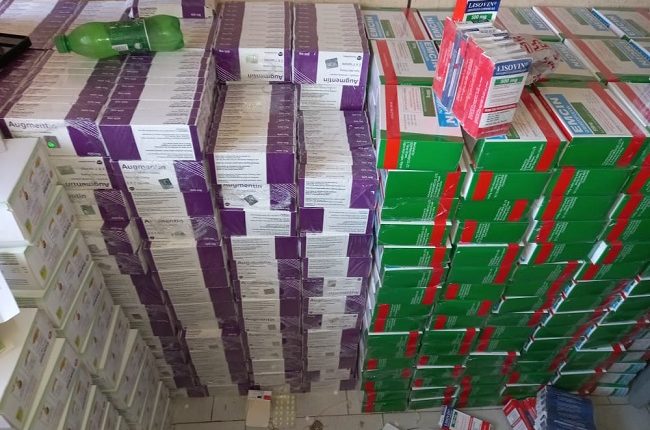 According to its Acting Managing Director, Hon. Dr Baffa Babba Dan’agundi, the Council made the seizure following a raid on a building where the drugs are stored and repackaged.

Dan’agundi who doubles as the Managing Director (KAROTA) added that the KSCPC raided the building on No. 37 Niger Street after a tip-off about the illegal activities carried out within the building.

Information Officer, KAROTA/KSCPC, Alhaji Nabilusi Abubakar, said, some of the drugs confiscated have no NAFDAC registration number, while some have expired and were repackaged before being released back into the market.

Dan’agundi calls on the general public to be conscious of the drugs they consume as well as places they patronize to avoid purchasing expired and fake drugs which instead of getting relief, would lead to more complications.

He warned that the council will continue to do its best in riding the state of any form of fake, expired and unwholesome products that pose danger to the health of the people of the state.

Furthermore, he charged those with credible information to come forward as the council’s doors are always open and ready to act on such information, adding that there is always reward for patriotic citizens who feed either the council or KAROTA with information that leads to such arrest.

Trader in court for allegedly beating up policeman in Lagos