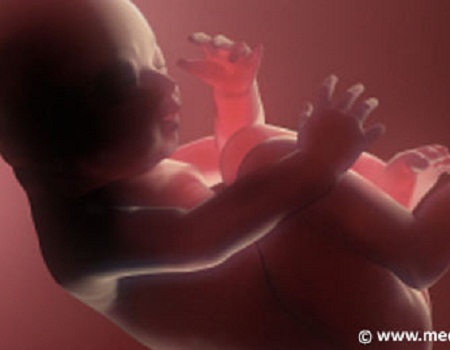 WOMEN in Rido community in Kaduna State said the bad state of their road is contributing to the high level of miscarriages being recorded in the area.

The women also said in separate interviews with the News Agency of Nigeria (NAN) that the situation has crippled social and economic activities in the community.

The women said that the primary health centre in the community do not operate at night, thus forcing them to convey patients to Kaduna when the need arises.

“When a woman is in labour at night, we have to look for a way to take her to town for delivery because the primary health centre here does not operate at night,” a mother of two, Amina Musa said.

The News Agency of Nigeria reports that the community is about 4km from  Kaduna Refining and Petrochemical Company.

Mrs Musa believed that the recent miscarriage she had of her twins was due to the bad condition of the road.

” I am a food vendor at a refinery, I ply this bad road daily on motorcycle because this is where I earn my living;  I had a miscarriage before now and I got pregnant again which was four months twins and I lost them due to the bad road,” she insisted.

Alheri Obadiah,  a mother of three who has had three miscarriages, said: “I almost lost my life; one of the miscarriages I had was of a six months pregnancy.”

Juwairiyya Abubakar, a traditional birth attendant and religious teacher, acknowledged the challenge faced by women in the community, saying that some of the women were however shy in sharing their experiences.

“So far we are grateful that in spite of the bad road, cases of maternal death and death of children under five have dropped drastically because we always encourage them to attend antenatal classes, immunisation and family planning for safety.

” From last year to this year, we lost two women, but no child died; we only had cases of convulsion, typhoid and malaria in children due to polluted water.

A community leader, the Madakin Rido, Malam Musa Suleiman said:” Two years ago, any time from six o clock in the evening, if a woman is in labour we have to look for a way to go to town for delivery.

“Now we have a primary health centre even though not fully operational, the person in charge of the facility has trained 18 traditional birth attendants to assist our women.”

The residents appealed to the Kaduna State Government to provide emergency intervention to repair the road to ease their difficulties.

” Whenever it rains, motorists find it difficult to get to the community because of the condition of the road; people mostly trek through the 45 minutes journey rather than risk using vehicles.

“Commercial activities have dwindled because of the deplorable road, people now detest coming here to buy things from traders, even landlords are no longer finding things easy because people are not coming to rent houses here anymore,” Suleiman stressed.

A Gynecologist, Yusuf Sule, however dismissed the fears of the community on the issue of miscarriage, saying it is not caused by driving on bumpy roads.

The gynaecologist explained that the commonest cause of early miscarriages is genetic defects, adding also that it can be as a result of infection, medical conditions in mother such as diabetes or thyroid disease, hormone problems.

He also said that miscarriage may occur due to immune system responses, physical problems in the mother and uterine abnormalities.