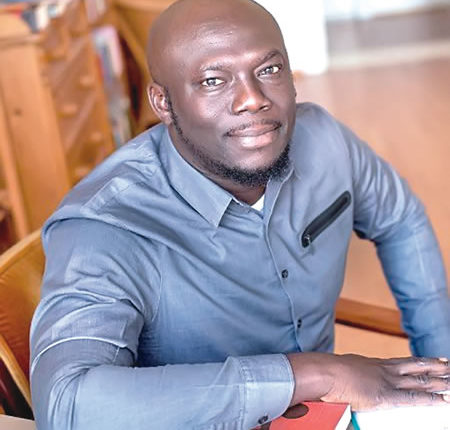 The French translation of Elnathan John’s novel, ‘Born on a Tuesday’, has won the 2019 edition of Prix Les Afriques, a prize awarded since 2016 by the Swiss literary organisation, CENE Littéraire.

Born on a Tuesday is a novel about a young boy struggling to find his place in a society that is fracturing along religious and political lines.

The judges, chaired by Cameroonian Ambroise Kom, described Born on a Tuesday as “a powerful first novel, perfectly mastered, which immerses us in contemporary Nigeria and paints a complex portrait of this giant of Africa undergoing major changes and facing unprecedented religious, social and economic crises.”

Né un Mardi (French for ‘Born on a Tuesday’) topped a shortlist of five titles, including a French translation of Nigeria Prize winner, Abubakar Adam Ibrahim’s ‘Season of Crimson Blossoms’.

Born in 1982 in Kaduna, Elnathan John is a Nigerian novelist, satirist and lawyer whose stories have twice been shortlisted for the Caine Prize for African Writing.

He attended the Ahmadu Bello University, Zaria, and the Nigerian Law School, where he obtained a law degree.

John’s writing has been published in The Economist, The Guardian, Per Contra, Hazlitt, ZAM Magazine, Evergreen Review, and Chimurenga’s The Chronic.

‘Born on a Tuesday’ was published in 2016 by Cassava Republic Press in 2015 and in the US by Grove Atlantic. It was shortlisted in September 2016 for the Nigeria Liquefied Natural Gas (NLNG) Nigeria Prize for Literature, Africa’s largest literary award. It won a Betty Trask Award.

In its review, brittlepaper.com says John’s second novel, ‘Be(com)ing Nigerian: A Guide’ “moves between the sublime and the ridiculous, and deftly captures both the hilarity and the horror of Nigeria, offering a sharply observed, nuanced, laugh-out-loud understanding of a country of 190 million people, from its religious hypocrisy to the pragmatic nature of ‘Nigerian love.’”

In an email to Brittle Paper, Cassava Republic’s publicity assistant, Kofo Okunola, described the book as “a searing and darkly entertaining look at how power operates in private and in public; in politics, business, religious institutions and in homes.”

He is one of the judges of the 2019 Man Booker International Prize.

Elnathan John was the 2017 winner of the Betty Trask Award, and won the 2018 Miles Morland Writing Scholarship.

At 78, IBB maintains his essential beats, but…

‘I wanted to become a medical doctor, but God helped me find my purpose’