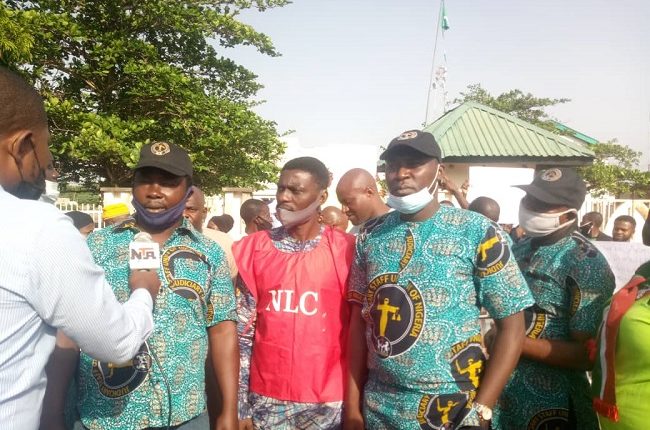 Members of the Judicial Staff Union of Nigeria (JUSUN) in Kwara state staged a peaceful protest in Ilorin, on Monday to press home their demand over financial autonomy for the judiciary.

The protesting judicial staff, who carried placards with different inscriptions to announce their demands, besieged the entrance gate of the Government House, Ilorin to register their grievances. 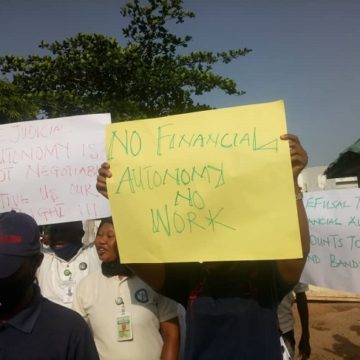 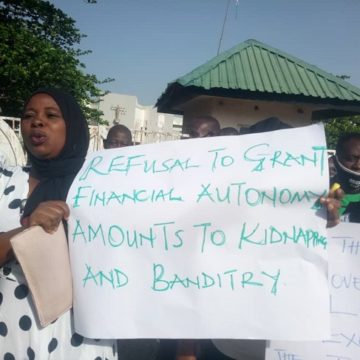 Speaking with journalists, the state chairman of JUSUN, Comrade Ibrahim Sambo, said the judicial workers are seeking for judicial autonomy to allow independence for the judiciary.

He said the arrangements being run now does not allow the judiciary to exercise its full potential.

Comrade Sambo urged the state government to intervene to make their dream a reality.

In his response, Governor Abdulrahman Abdulrazaq, through his spokesman, Rafiu Ajakaye, assured that the state government will deliver their message to the appropriate quarter.