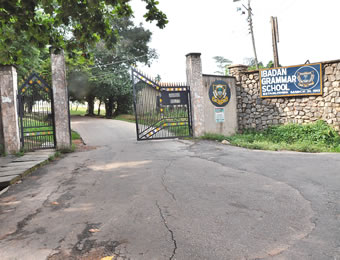 The Task Force, which rose from a two-and-a-half-hour meeting on Monday, reviewed the state of preparedness of the schools ahead of the planned resumption.

A statement by the Chief Press Secretary to Governor Seyi Makinde, Mr. Taiwo Adisa, confirmed that the Commissioner for Education, Mr Olasunkanmi Olaleye and experts from the Emergency Operations Centre (EOC) had been going round the schools to determine compliance with the COVID-19 prevention protocols put in place by the schools.

The statement added that the team has since discovered that a space of one week was needed to enable the schools test-run the facilities, especially the hand washing points and the security measures.

The statement read: “By the new arrangement, teachers are to resume to the schools on Monday, June 29, 2020, while students in critical classes including Primary 6, JSS3 and SS3 will resume a week later on July 6, 2020.

“As of Monday, June 22, no fewer than 372 heads of schools have been trained by the EOC on the management of the COVID-19 containment procedures, while each of the schools is to appoint an Incident Manager, who will ensure compliance with the approved COVID-19 protocol.

“Each student is expected to wear face masks, while the schools are to prepare well laid out hand washing spots to guarantee regular washing of hands by the students and teachers.

“The Task Force also resolved that by July 15, the state government would have reviewed the situation with the schools and come to a conclusion whether the remaining classes would be able to resume or whether the students would have to wait to resume the new session in September 2020.”

The statement also added that the community testing embarked upon by the state government has ensured that close to 8,000 tests have been conducted on residents.

The community testing is currently going on in 10 locations, across the state, while testing would be regularly conducted from the secondary health centres located in the seven administrative zones of the state after the ongoing massive community testing exercise.

The Task Force urged residents of the state to remain calm and to continue to observe the COVID-19 precautionary guidelines, as according to it, the rising number of positive cases in the state has to do with the ongoing massive community testing.

“The treatment protocols already put in place by our medical experts have ensured that those infected are being discharged in record time,” the statement read.

Obasa’s corruption allegations will be given required attention ― EFCC

We deployed policemen to APC secretariat to maintain peace ― IGP