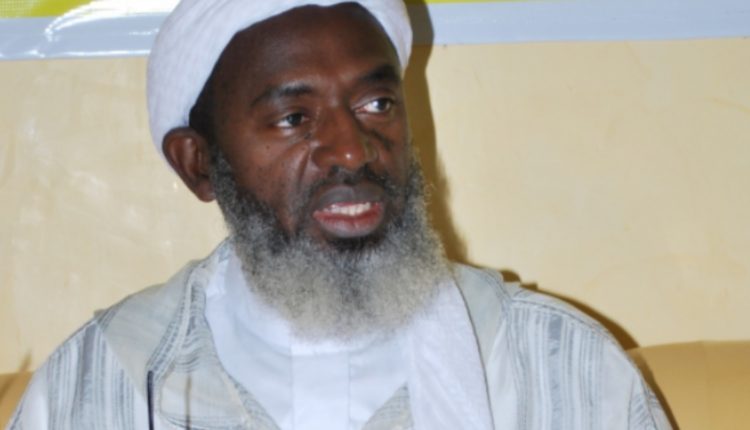 This was confirmed by Obasanjo’s media aide, Kehinde Akinyemi, to newsmen.

Gumi was said to be accompanied to the meeting by some religious leaders in the country.

The Islamic scholar, according to Akinyemi, arrived the residence of the former president inside the Olusegun Obasanjo Presidential Library.

He was reported to have arrived at about 11.00 a.m. and and immediately went into a closed-door meeting with Obasanjo.

Speaking on the meeting: Akinyemi said: “Yes, it is true. He (Gumi) is currently meeting with Baba alongside other religious leaders.”

However details of the meeting were not disclosed to reporters.

It will be recalled that Gumi recently had meetings with groups of bandits in Zamfara and Niger states in order to negotiate the release of students under the seige of the bandits.

At about 25 minutes, the train slowed down at the uncompleted Omi-Adio terminal, a village on the Abeokuta/Ibadan expressway; it’s a stone throw from Apata in Ibadan. Conveyance of passengers from there and other terminals has not kickstarted as the terminals are still under construction and workers were found there…JUST IN: Obasanjo, Sheikh Gumi hold talks in Abeokuta

I did not appoint anybody to negotiate with bandits ― El-Rufai