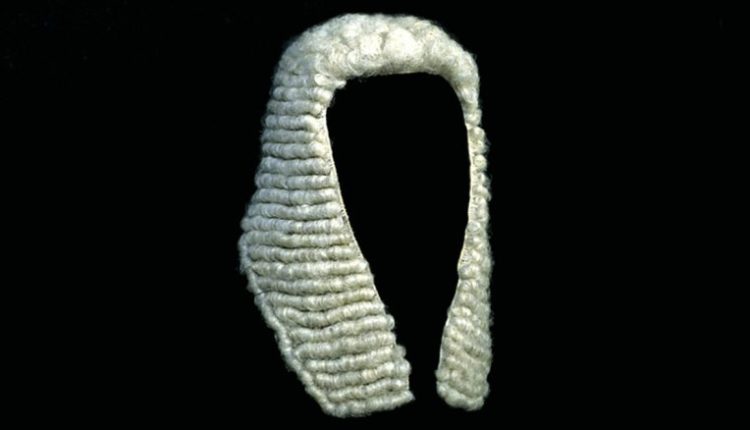 The chairman of the Independent Corrupt Practices and other related offences Commission, Professor Bolaji Owasanoye; the immediate past National Secretary of the Nigerian Bar Association (NBA), Afam Joshua Osigwe; the Attorney General of Delta State, Mr Peter Marakpo six professors and 63 others have been awarded the rank of Senior Advocates of Nigeria (SAN).

According to the list signed by the Director, Press and Information of the Supreme Court, Dr. Festus Akande, 65 of the new Senior Advocates are legal practitioners, while seven of them are from the academics.

According to the statement: “The Legal Practitioners Committee (LPPC) at its 143rd plenary session held on November 13, 2020 has elevated 72 legal practitioners to the inner bar.

“The rank of Senior Advocates of Nigeria (SAN) is awarded as a mark of excellence to members of the legal profession who have distinguished themselves as advocates and academic.”

According to the spokesman of the apex court, the successful applicants will be awarded the title on Monday, December 14.

Reps Ask Presidency To Reduce Political Office Holders’ Salaries
The leadership of the House of Representatives on Thursday urged the presidency to accede to public outcry for the reduction of salaries of political office holders in the country. Chairman, House Committee on Media and Public Affairs, Hon. Benjamin Kalu who gave the House position during his weekly press briefing on the ongoing 2020 budget performance and 2021 budget defence…

One Out Of Five COVID-19 Deaths In Africa Linked To Diabetes — WHO
The World Health Organisation (WHO), says nearly one in five COVID-19 deaths in Africa is linked with diabetes, according to a study. WHO disclosed this in a statement issued on Thursday from its Regional Office for Africa, Brazzaville, Congo. According to the statement, WHO finds out that 18.3 per cent of COVID-19 deaths…

Africa’s COVID-19 Cases Surpass 1.9m — WHO
The World Health Organisation (WHO), Regional Office for Africa in Brazzaville, Congo, says there are over 1.9 million confirmed COVID-19 cases on the African continent. The UN health agency on Thursday gave the update on the WHO African Region COVID-19 Dashboard…

Africa’s Digital Economy To Grow To $180 Billion By 2025 – Google, IFC
Africa’s Internet economy has the potential of reaching $180 billion or  5.2 per cent of the continent’s Gross Domestic Product (GDP) by 2025, according to a new report, e-Conomy Africa 2020, released by Google and the International Finance Corporation…

Nigeria’s $1.7bn Suit Against US Bank, JP Morgan, Over Oil Deal To Go To Trial, London Court Rules
A lawsuit launched by the Nigerian government against US bank, JP Morgan Chase, claiming over $1.7 billion for its role in a disputed 2011 oilfield deal, will proceed to trial, London’s high court ruled on Thursday, Reuters reported. The suit, filed in the English courts in 2017, relates to the purchase of the offshore OPL 245 oilfield in Nigeria by oil majors, Royal Dutch Shell, and Eni in 2011, which is the subject of an ongoing trial in Milan, Italy…

US Weekly Employment Figure Drops By 48,000, Says Report
Unemployment claims in the United States fell by 48,000 in the week ending Nov. 7, according to the Department of Labour. The data came in the “Unemployment Insurance Weekly Claims” report published by the department on Thursday. It said 709,000 people filed initial weekly unemployment claims during the period compared to…