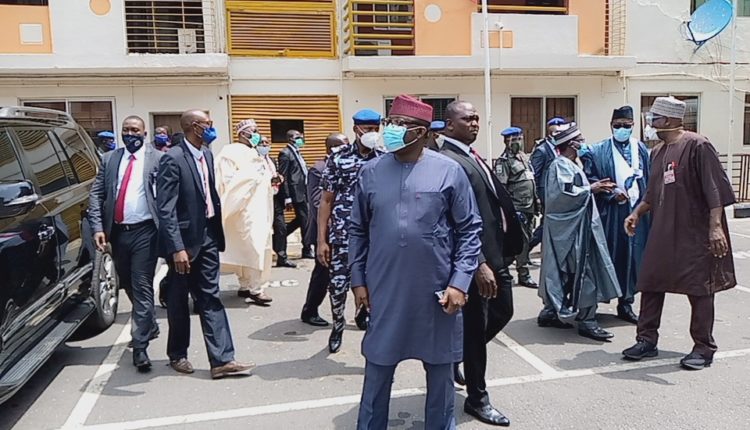 Caretaker Committee chairman of the All Progressives Congress (APC) and governor of Yobe State, Maimala Buni, has said he will carry all factions along in seeking for lasting peace for the party.

Buni arrived the national secretariat in company of APC governors alongside outgoing acting chairman of the party, Victor Giadom.

He said the NEC had directed all party members in court to withdraw all legal issues as he promised discussions would begin immediately.

Plateau State governor, Simon Lalong, told journalists at the secretariat that the governors escorted the new caretaker chairman to the party secretariat in show of solidarity.

Withdrawal of Certificate of Return: Court strikes out suit against Omo-Agege