JUST IN: Agballah wins Enugu APC chairmanship by a landslide 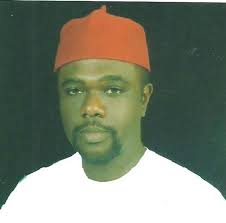 The ongoing Enugu APC congress has recorded a landslide victory by one of the contestants, Ugochukwu Agballah.

Agballah, who won through the option A4 system beats two other contestants to emerge the state chairman.

Walter Oji, one of the contestants stepped down for Agballah, while Group Captain, Orji was absent at the venue.

Chief Paul Omeje was a cross contestant, who came from a zone that the chairmanship was not zoned to.

For the other positions, it is expected that they would toe the line of the chairmanship contest.

Agballlah’s supporters had formed a U-form queue measuring over 300 metres on either side.

The returning officer of the congress, Dr. Ijioma, had earlier announced the directive of the party’s for the congress to proceed and expressed satisfaction with the process.