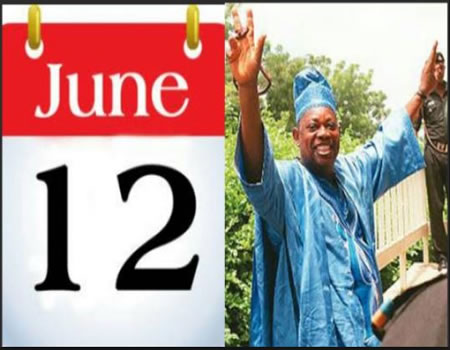 As Nigeria marked Democracy Day on Saturday, the Social Democratic Party (SDP), Anambra State chapter, has paid tribute to its candidate in the 1993 presidential election, late Chief M.K.O. Abiola, his wife, Kudirat and democracy activist, Pa Alfred Rewane and others for their sacrifices for the country.

The  State chairman of the party, Dr Webster Okonkwo, said the sacrifices by the trio and other activists during the 1993 election were geared towards moving the country forward but regretted that the country had instead fallen to violence and ethnic rife.

Okonkwo regretted that the only chance Nigeria had of getting things right was truncated, but said that the party still has the same ideology and beliefs, and still parades politicians who could salvage Nigeria.

“We gather here today, to commemorate what was perhaps the fairest and freest election in Nigerian history which incidentally was won by the then-candidate of the Social Democratic Party (SDP), Chief Moshood Abiola”, he said.

“Unfortunately, that election won by Chief M.K.O. Abiola of the Social Democratic Party (SDP) was cancelled and the third republic eventually truncated by the military led by General Ibrahim Babangida. The rest is now history.

“The most spectacular outcome of the June 12, 1993 election was its defiance of every political logic and antecedents to create a new array of possibilities in the nation’s political journey.

“On this great occasion, I will not fail to pay tribute to the heroes and heroine of our modern day democracy such as Chief Moshood Abiola, Chief Alfred Rewane, Mrs Kudirat Abiola, Pa Anthony Enahoro, Chief Gani Fawehinmi, Dr Fredrick Fasehun and all others, may their souls rest in perfect peace”, Okonkwo prayed.

He expressed hope that a new Nigeria is possible saying, “The June 12, 1993 election established that it is possible for Nigerians to put aside their inherent differences and disagreements to peacefully and in a most responsible manner elect their leaders in an atmosphere comparable to what is obtainable in the best democracies of the world.

“Nigerians proved to the whole world that it is possible  to rise above religious bigotry to elect their leaders. It could be recalled that despite the Moslem-Moslem presidential ticket of the then Social Democratic Party (SDP), Nigerians still massively voted for the party, meaning that those using religion to divide the country today are just feasting on our weakness.

“We demonstrated beyond doubt that it is possible to put aside all our ethnic and cultural divisions to speak with one voice for the progress of this country. Nothing in history offered us greater hope than the outcome of the June 12 election

“Today, the corporate existence of Nigeria is under increasing threat as the foundation for a new and prosperous Nigeria laid on June 12, 1993 has been totally destroyed, dismantled and shattered.

“The aftermath is hunger, starvation, poverty, banditry, religious extremism, insurgency and other vices competing fiercely with one another to destroy the very fabrics of this great nation.

“It is also possible to re-establish the bonds that held us together as a nation and rekindle our hopes and aspirations for greatness. Yes, that possibility is alive in the Social Democratic Party, he reaffirmed.