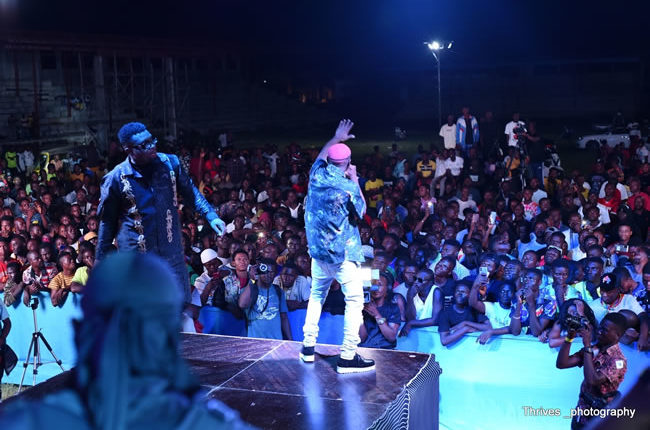 Lokoja, the Kogi State capital, played host to the third edition of the Jumabee Inspires Concert as the state witnessed the presence of music heavyweights in the industry who stormed the Confluence State for singer and songwriter, Jumabee

The concert which has was described as one of the best in the country lived up to  expectations as 9ice, Ruger, Helen Paul, Black Camaru, among others took turns on stage to give the people unforgettable moments of musical rendition and performances.

This year’s edition played a huge host to raving and legendary acts across the country to entertain the crowd that turned up for the concert as security agencies had a field day controlling the ecstatic crowd.

Held at the Township Stadium, the venue was filled with enthralling and exciting entertainment featuring Ruger, Do2dtun (the Energy gad), Faze, Emini Oba, Sam & Song, and many more who entertained the audience

Jumabee who is also the Senior Special Assistant (SSA) to the Kogi State governor, Alhaji Yahaya Bello, visited and donated essentials to the Correctional centres and Orphanage Homes respectively across the state.

Ability to dance, sing is a blessing for me —Kute