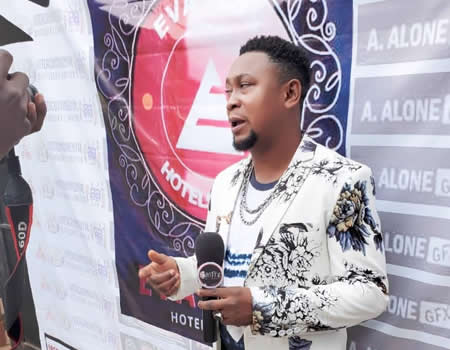 The city of Ibadan will today experience the influx of juju, fuji and gospel artistes from all over the country and beyond as they grace Obanijesu Concert, which would be held at Florentina Hall, Bashorun, Ibadan, Oyo State.

For weeks, talks about the concert had peaked with many who are conversant with the show expressing their expectations from the show even as the entertainers coming to grace the show also took out time to invite their fans.

Obanijesu Concert is an annual event organised by the popular musician, Eniola Obanijesu, widely known asImekujuju. This year’s will be the fourth edition.

Speaking with R, the convener, an American-based juju artiste, revealed that he created his own style which is a blend of juju, fuji and gospel genres and is proud to be honoured as a pioneer.

“Growing up as a chorister, the kind of music I lovedwas highlife. I learnt to blend gospel music with highlife and spice it up with fuji, resulting in a unique style which I call jufujigospel and that’s why I am fondly referred to as daddy GO of jufujigospel because I created my own style.”

The event, packaged by Bewaji Films and Records International, is sure to attract people in droves with MC Ifankaleluyah raring to host them to an eventful night.

Obanijesu added that he had an album in the offing and teased fans with the prospect of having stars such as the Adegbodu twins on it.

Why actors, actresses will continue to leave Nigeria —Kenny Odugbemi