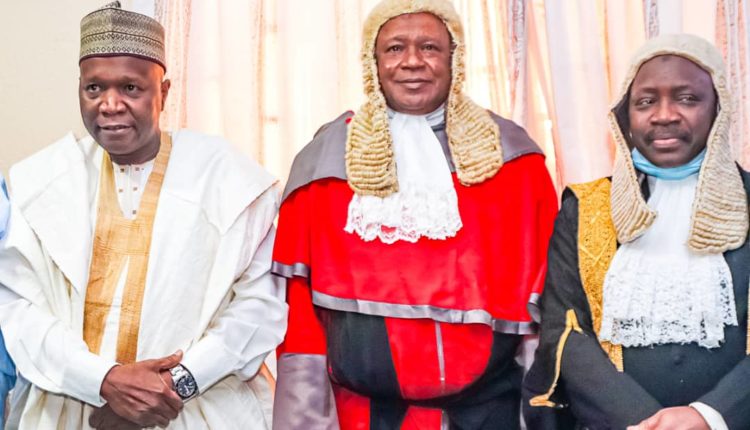 Gombe State governor, Muhammadu Inuwa Yahaya, has said that his administration believes that a strong and independent judiciary will facilitate fair and easy dispensation of justice especially in a democratic dispensation.

The governor stated this during a special court session held at the state’s High Court complex to mark the commencement of the 2021/2022 legal year in Gombe, the state capital.

Yahaya also stressed that it would aid in the overall transformation of the judicial arm of government in the area of checks and balances as well as separation of power.

The governor further assured that his government’s willingness to continue to support and sponsor manpower development and training as well as other aspects of welfare of senior judges and other judiciary staff in the state so as to maintain the production of well-equipped and skilled officers.

According to the governor, his administration is determined to ensure autonomy of both the judiciary and legislature in line with the principle of separation of power.

The governor commend the judiciary for the achievements and successes recorded by the courts in the discharge of their statutory responsibilities in the last legal year, noting that the speedy dispensation of cases, especially in the lower courts where bulk of the cases are usually filed and presented for hearing.